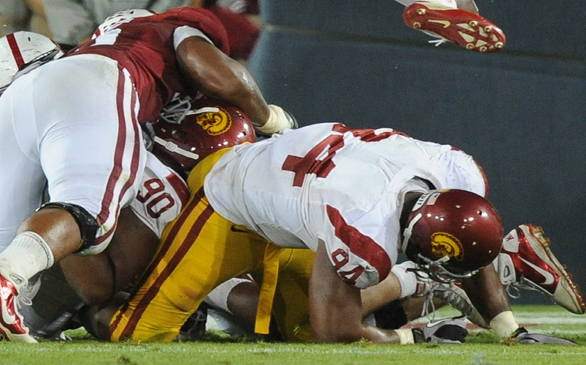 Today, a pharmaceutical company named in a lawsuit by former University of Southern Califorina football defensive end Armond Armstead filed a cross-complaint against the school, according to a piece by Annenberg TV News.

Armstead filed his lawsuit on August 30, 2012. In it, he accused team doctors of giving him painkillers that caused him to have a heart attack and damaging his future in the NFL. SportsPharm Pharmaceuticals Inc. is alleged to have supplied that to USC.

In the cross-complaint, SportsPharm asks that the damages awarded to Armstead be divided among the defendants. The company also asks to be compensated by their co-defendants for their attorney's fees.