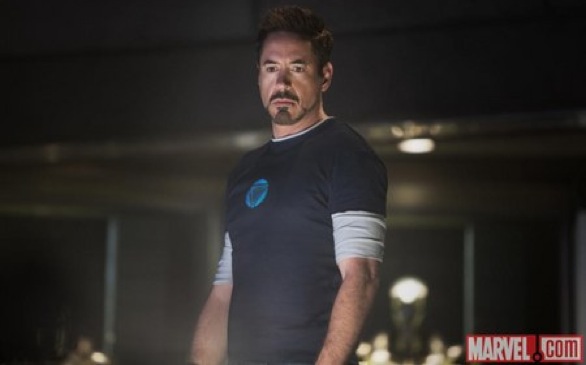 Robert Downey Jr. is back as Tony Spark in the third intallment.
(Credit: marvel.com)

It’s difficult to distinguish where Tony Stark ends and where Robert Downey Jr. begins, but one thing is for sure: the return of the “genius billionaire playboy philanthropist” scores several bonus points, despite a change in the creative team. Iron Man 3 will definitely surpass fans' expectations and will peak their attention as to what comes next in the Marvel universe.

Since the alien invasion in New York, all seems well with Stark. He is finally building roots with his Stark Industries CEO and girlfriend Pepper Potts (Gwyneth Paltrow), and he’s inventing even cooler ways to improve his toy: his Iron Man suit. However, when the terrorist known as The Mandarin, (Sir Ben Kingsley) threatens the one thing Stark can’t live without, “good, old-fashioned revenge” takes place.

Thrown into the mix is Aldrich Killian (played by the talented Guy Pearce) as the inventor of Extremis, a human biological enhancement who looks to surpass Stark’s genius with the help of “botanist” and Tony’s one-night stand, Maya (Rebecca Hall).

Taking over the directorial helm from Jon Favreau, Shane Black (who previously directed Downey Jr. in Kiss Kiss Bang Bang) came together with screenwriter Drew Pearce and went back to storytelling basics by exploring what Tony Stark would do without money and his loved ones and, more importantly, his superhero suit.

“Tony has been through a real emotional journey leading up to this film. But in Iron Man 3, although he has fixed his heart problem, he has not actually dealt with the wound. Once all those things are in play, we asked: What is he supposed to do?” said Downey Jr.

Although the trailer made Iron Man 3 seem dark and sinister, audiences will actually find the film full of humor and heart with risky, yet effective twists. When we see Stark in unusual situations, like interacting with a child, we’re reminded why we continue to watch the films.

It’s clear from the cast’s incredible amount of admiration and respect for each other that the coming together of this film and the franchise’s huge success is due to Downey Jr.’s take on Iron Man.

“The truth is, these movies work because Robert [Downey Jr.] plays Tony Stark. Not only because of the similarities or his specific brand of humor and vulnerability, but because he has a really creative mind as to how these movies should feel like,” said Paltrow. “One particular strength of [his] is that he’s always asking about the big picture: How can we make it feel real? How can we make it feel like something we care about and want to watch?”

Not only does Iron Man 3 exceed its predecessor, it also has the surprise element, worked in brilliantly by Black and Pearce to further Stark’s relationship with both Pepper and Rhodey (Don Cheadle), creating a new kind of villain in The Mandarin.

“Drew [Pearce] and Shane [Black] presented us with a wonderful document. I do respond to the written word. I tried to give The Mandarin a rather unearthing sense of righteousness. And his weird iconography was there to disconcert and completely scatter any expectation of where he might be coming from,” said Kingsley.

“The biggest challenge is that these movies are only as good as [their] bad guys. And when we cast Sir Ben [Kingsley], half our troubles went away. And the other half had to do with him executing a very peculiar and awesome arc,” added Downey Jr.

Although the cast was initially nervous and a bit uncomfortable about not having Favreau directing, Black proved his worth to the cast and perhaps placed his future mark within Marvel.

“As we went on shooting, I warmed up to Shane [Black] and his terrible outfits,” said Paltrow. “He is so sharp and smart. What we started with on this movie, which we didn’t start with in the first two films, was a really incredible finished screenplay, and I think it really shows onscreen. He took it up a notch, which was difficult to do, so I ended having an incredible amount of respect for him.”

Despite the impressive CGI and action-packed scenes, seeing Stark and Rhodey fight on the ground (not in suits) will be a fun ride for all.

“What was a lot of fun for me was doing a lot of action outside of the suit, which I prefer,” said Cheadle. “I had the most fun running around with Robert [Downey Jr.]. I think you see their relationship strengthen, and it pays off in the promise that was made at the end of Iron Man 2. They’re friends, and they really balance each other off, which I think came into fruition in the film. ”

The film’s finality is sure to spark a lot of talk, as the third part of a franchise always does. However, it’s always a relief knowing we’ll see Tony Stark again in The Avengers 2, which will release in 2015.

“The future, as usual, is uncertain. We never could’ve known what and who was coming together for Iron Man 3. Usually, the third of anything struggles to even meet the first two. Everything is in flux right now. We’re all living and growing, so we’ll see what happens,” said Downey Jr.

Iron Man 3 releases in theaters on Friday, May 3.