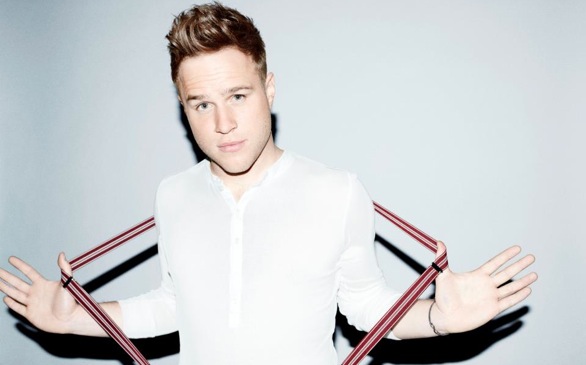 Olly Murs is in the right place (North America) at the right time (now), but did he bring the right songs with him? Arguable.

It’s clear Murs’ team wanted him to make an impression on the American audience, so they featured 10 bubble-gum pop songs on the album, three from his double platinum sophomore U.K. album In Case You Didn’t Know.

And sure, it’s an impression. The Season 6 UK “X-Factor” runner-up has perfected his craft of producing catchy songs that would put a smile on even the grumpiest of us. The entire album is full of catchy hooks and fun dance beats.

Yet, at the same time, Murs has churned out some truly emotional ballads in previous albums like “This Song Is About You” and “I Need You Now.” This album tries to reach that heartfelt level in “Hand on Heart,” “Loud & Clear” and “Dear Darlin',” but the manufactured feel lingers on all.

That’s perhaps the only problem with the album: the songs are clearly contrived for radio, which results in a lack of substance.

Still, there’s nothing wrong with radio, and this is not to say Murs is a “sell-out.” This album is filled with exactly the kind of music he’s been making his entire career; it's just condensed in 10 songs, which just doesn’t seem to leave a lot of room for variety.

Call him predictable, but it’s nice to know that Murs is one of those artists who has one consistent word he would use to describe himself: cheeky.