Erika Gagne Enjoys Being on the Ice 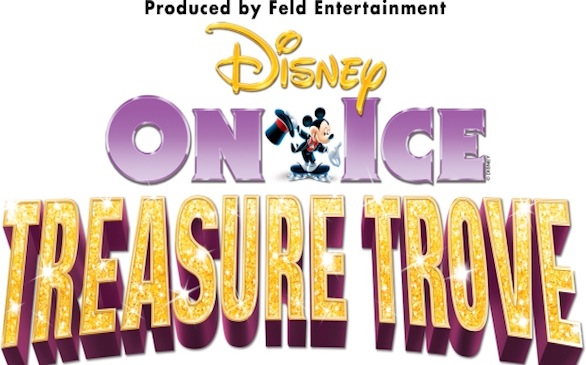 At times, there’s just nothing better than to enter a venue and sit next to the ice to watch a live spectacle dedicated to celebrate Disney’s most recognizable animated figures on ice. Yes, it’s coming to Southern California.

This week (May 1-5 at the Long Beach Convention Center in Long Beach) and the next (May 8-12 at Citizens Business Bank Arena in Ontario), Disney on Ice is presenting “Treasure Trove.” The show is expected to feature characters from "Peter Pan," "The Lion King," "Alice in Wonderland" and "Tangled."

An event that will also include Mickey Mouse, Minnie Mouse, Donald and Goofy, among other famous characters, the Feld Entertainment production “Treasure Trove” is slated for 10 shows in Long Beach and 9 times in Ontario.

Canadian skater Erika Gagne will play an adult version of Nala, a character from “The Lion King.” Gagne, who began skating at age 5, began appearing in such roles since she was 21.

“I’m Simba’s girlfriend,” she said. “We do a pair number together to the music of ‘Can You Feel The Love Tonight’ by Elton John.” She also added that it’s an entertaining number for her because she’s in a cat costume with no restrictions.

Gagne says there are many stories depicted within this show.

“The show is under two hours and that includes intermission,” said Gagne. “It’s pretty much all the best animated Disney movies, including Snow White, which is the very first one, all the way up to Tangled. There are a lot of big stories in this show.”

“We all grew up with those stories,” she said. “I began watching these movies when I was 4 years old, so I grew up with these amazing stories. It really catches your eye. If you look at the costumes, the lighting, the plot, and the special effects, it’s just so good. Even if you’re not a skating fan, you can still appreciate how big Disney is and the characters are.”

Gagne acknowledges that the Aladdin character brings out a lot of cool things to the show.

“For example, for the Aladdin-Jasmine scene, we have the Genie, who’s a pretty cool character,” said Gagne. “But we also have the magic carpet ride and it’s super cool because Aladdin and Jasmine are flying in the air.”

“Treasure Trove” is good for anyone of any age.

“It’s just awesome. The show is so big. There will be something for everyone,” said Gagne.