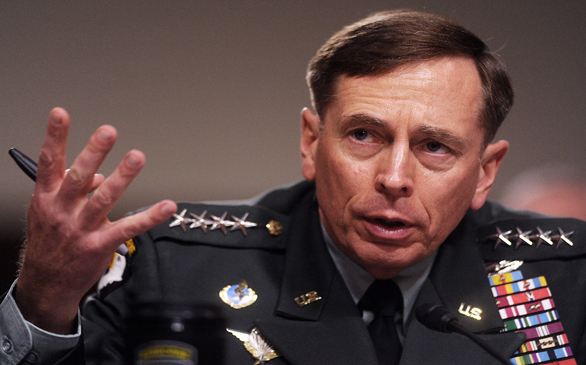 David H. Petraeus, the former four-star U.S. Army general who resigned as head of the CIA last year after confessing to an extramarital affair, will teach part-time at the University of Southern California and help mentor students who are veterans, officials announced Thursday.

Petraeus, who commanded coalition forces in Iraq and Afghanistan, will teach and participate in seminars on such issues as international relations, government, leadership, information technology and energy, according to the university. The retired general last month also accepted a visiting faculty position at the City University of New York.

In a statement announcing Petraeus' affiliation with USC, university President C. L. "Max" Nikias praised the former military leader for having "a fearless commitment to excellence. His presence will have a profound impact on our students across many disciplines."

Petraeus, who earned his bachelor's degree at West Point and has a doctorate from Princeton University's Woodrow Wilson School of Public and International Affairs, has written extensively on international relations and national security. After a long career in the military, including his much-vaunted leadership of the surge of U.S. forces in Iraq in 2008, Petraeus became CIA director in September 2011. He resigned in November and apologized for an extramarital affair with his biographer, Paula Broadwell, which was uncovered in an FBI investigation.

Petraeus, 60, is supposed to start his faculty position at USC on July 1 for an open-ended period, officials said.

"I am very grateful to have an opportunity to be part of a great university that prizes academic excellence, that is doing cutting-edge research in areas of enormous importance to our country, and that is known for steadfast support of its veterans and ROTC programs," Petraeus stated in a statement released Thursday.

In March, he spoke and again apologized at a USC-sponsored event in Los Angeles that marked one of his first steps in a return to public life.