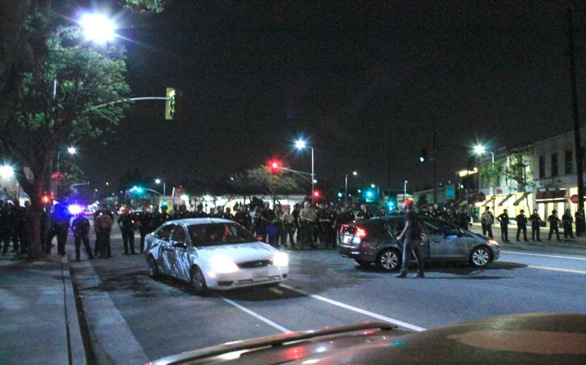 Last Friday night (May 3), LAPD officers broke up a college party at USC on W. 23rd Street. Students are claiming that the party was shut down and excessive forces were used because of racial profiling - a large majority of the students were African-American. Students have reported that 70-plus officers arrived at the scene in riot gear and that students were Tased. The LAPD reportedly arrested six students who were later released. It was also reported that an LAPD officer put out a distress call because students were allegedly throwing objects at the officers; however, some students say that was not the case and students were leaving the party peacefully.

A sit-in at USC's Tommy Trojan is scheduled for today at noon to protest LAPD's actions at the party. An open forum meeting with LAPD and USC's Department of Public Safety will take place on Tuesday, May 7 at USC to discuss Friday's incident.