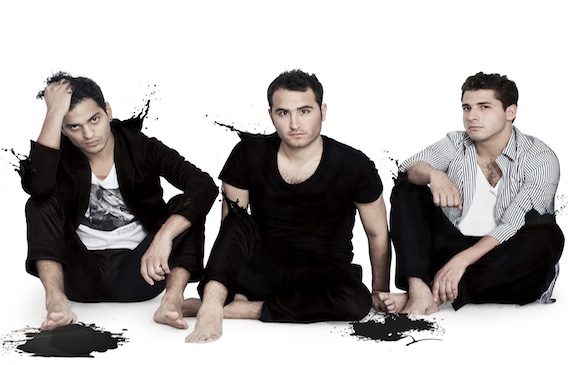 Reik is a Latin pop trio of Baja California.

Ever since they emerged in to the music scene in the early 2000s, the Mexican band Reik have controlled their own destiny.

“It's a city that's been very friendly to Mexicans and Latinos,” said Ramírez. “We have a lot of fans over there; they keep attending our concerts.” Ramírez went on to concur that L.A. has meant a great deal to Reik.

The Latin GRAMMY-winning pop act last released an album in 2011. With Peligro, they continued to capture the hearts and minds of people all over Latin America and the U.S. Ramírez notes that Peligro was made out of a planned concept.

“In this instance, yes. We planned out to make an album with lively music people could dance to,” he said. “We wanted to make something people would enjoy but also to make our songs better this time around. And that's how it happened. We're in love with this album.”

Peligro became a recognized and special product not only by fans, but within the industry as well. It received two Latin GRAMMY nominations in 2012: Album of the Year and Song of the Year (“Creo En Ti”).

“We love being nominated for the Latin GRAMMYs,” said Ramírez. “We definitely didn't make the album for that sole purpose, but it did take a lot of work. We feel recognized that people in the industry with the right to vote for these things recognized out hard work. Overall, it's very cool.”

Reik have already made progress in formulating their next album.

“We're in the process of selecting the songs. We don't know when we'll launch, but our roots will definitely be there,” said Ramírez. “Beyond that, we don't know much about the album. It will be what it will be.”

In 2005, Reik received critical acclaim from everyone. With their self-titled debut album and tracks in the likes of “Yo Quisiera,” "Qué Vida La Mía," and “Noviembre Sin Ti,” Reik resulted in being an instant hit. More musical sensations came over time.

It’s no surprise they’ve been successful; Ramírez suggests it’s a lot to do with their bond.

“Our chemistry is excellent,” he said. “We're getting along better than ever. We feel that's why we've been so successful. We've been in perfect harmony as friends as well as a group. We've reached a point in which we know each other very well. All this has helped us a lot and made our lives a lot easier. As long as we're united, we'll be able to accomplish much more.”

Reik perform Thursday, May 9 at the City National Grove of Anaheim. And Ramírez invites everyone to attend the show.

“Just want to invite the people of L.A. to come check out our show and have a good time,” he said. “We'll be performing songs that people already know – our biggest hits.”