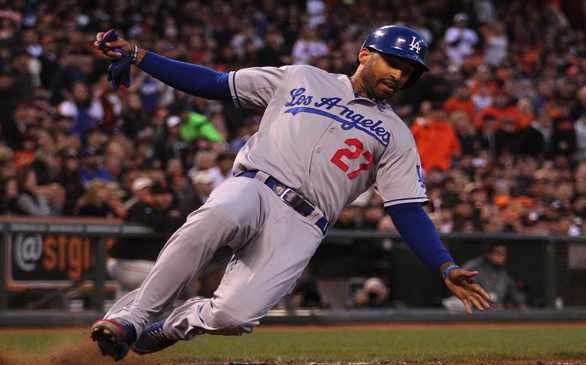 Matt Kemp is beast mode on the field. But once a game's over, he's just one of the nicest guys around. Over the weekend, a Dodger fan (who is fighting a tough battle) attended a Giants/Dodgers game in San Francisco. According to reports, the person's family put money together so he could attend the game and see his favorite baseball team play. After the game, Kemp went directly towards where the fan sat. Kemp then gave him an autograph, his hat, jersey and shoes. Watch video above!