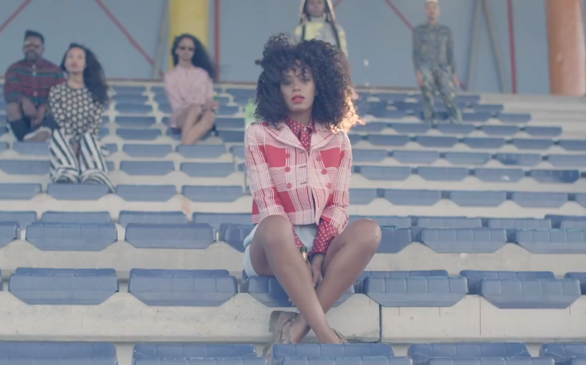 Nowadays, music videos live on through mediums that fit in the palm of your hand, fill the screen of your laptop and pretty soon, invade your line of vision through a pair of glasses.

For those nostalgic about a time where music videos were spectacles worthy of group gathering and not just an evolved game of solitaire on your work computer, you should’ve checked out the Los Angeles Music Video Festival.

The Downtown Independent hosted its third year of festivities last week from May 1 to 4, and to one’s relief--although admittedly, with a tiny tinge of disappointment-- it resembled nothing of those Time Square afternoons glittered with  “team Hanson” and “I love Miley” decoupages held up by teary-eyed fanatics. The festival rallied a crowd of serious enthusiasts and industry members instead, all there to pay tribute to the music video as an art form.

Apart from the two panels of directors, producers and artists in “Let’s Get Animated” and “Video is the New Radio” discussions, the main attraction is the music video competition. All finalists of the six categories were screened, and here are the winners as picked by a team of judges that includes Michelle An (Interscope Records’ Head of Video Content), David Herrera (director and UCLA professor) and Jonathan Wells (founder of creative studio Flux).

Best Student Video: “I Don’t Love You Like I Used To” by Kyle McNeill, directed by Alex Lill

This video stars 19-year-old Kyle McNeill as he sings his tragic ode to lost love. In slow motion, it opens with a broken down muscle car clouded in smoke, and it pans to the bespectacled singer-songwriter being indignantly groomed by five schoolgirls. “I’m sorry life’s so sad,” the melodic refrain goes as he passes through the foaming, blue bristles of an automatic carwash. Coming out on the other side, eyeglasses off but not any cleaner, McNeill sings in a quavering voice, “I wonder when I miss you, I wonder if I’ll miss you at all.” Lill, with his deft treatment, successfully captures every quiver of the song.

Director NORTON shot the unofficial video of “Devotion” by the French electronic duo Kap Bambino in black and white, but it jumps off the screen like neon colors in 1988. Titled “Killer Shoes,” the video stars a pair of classic black Chucks causing all kinds of trouble from breaking glass, skateboarding, beating up cardboard to hurling a TV on a fire hydrant and blowing cocaine. Like anybody who’s had way too much, all this fun ends up vomited in a toilet. A passerby finds you on the street, ties your strings together and flings you to a power line.

What happens when dubstep meets the Care Bears? Watch stop-frame animator and director Chris Ullens’ video for “Vengeance Rhythm,” and you’ll find out. Starring a teddy bear with some anger management issues, this interpretation is a meditation on violence that results in projectile bleeding, eyeballs a-fling and a dismembered Barbie. Or whatever 9-year-old Quentin Tarantino was doing when he was up past his bedtime. It sure ain’t pretty.

Burbank’s Ribs U.S.A. is “where America eats ribs,” and in this music video, rock duo Tenacious D surprises unsuspecting diners on a makeshift stage. With barbecue sauce on face and camera phones in hand, customers watched a Hulk T-shirt clad Jack Black and his partner Kyle Richard Gass perform “Low Hangin’ Fruit.” “I want them to have an incredible rock experience from the D and also a mouth experience from the ribs,” Black says after the gig. And then he wonders, “Are there any holes that we missed?” Gass enlightens, “We fill every orifice we can.” Director Crabtree has our eyes covered.

Melina Matsoukas treats the video of “Losing You” with a muted filter, but it’s vivid through dapperly dressed characters and shoulder popping moves, which isn’t unlike singer Solange, the less in-your-face incarnation of her stadium electricity-killing sister. That doesn’t mean that the hot pants wearing sibling, her music and this video are any less interesting. The images of Solange hanging out in stadium seats (casually relaxed, gracious not to take the Superbowl stage), in a beat-up van and a public pool well deserve the title of one of the best non-narrative videos of all time. Taylor Swift need not be interrupted.

That Garden State scene where Natalie Portman hands Zach Braff a pair of headphones mumbling, “You gotta hear this song, it will change your life I swear” now makes most people cringe and look away. DANIELS’ music video for “Simple Song,” on the other hand, rivets from start to end. Because when unruly children grow up to be avaricious adults, they deserve a wrecking ball coming.

To see all of the winners' videos and for more information on the Los Angeles Music Video Festival, click here.