The Neighbourhood: I Love You 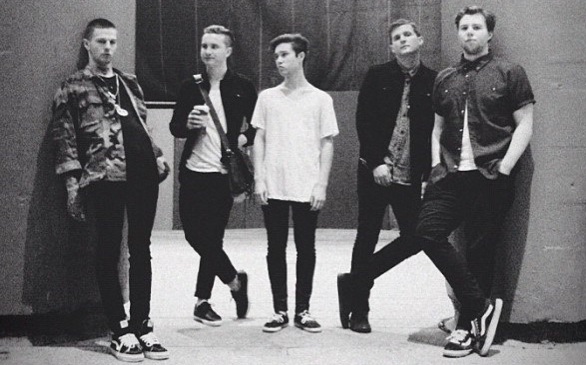 I Love You is the debut album by the California-based indie-pop band The Neighbourhood, and it has turned this band into one of the hottest break out indie acts of 2013.

The entire album consists of dark, snarky lyrics that carry a comedic undertone. "Afraid,” the first song on the record, illustrates this when with: “All my friends always lie to me…fuck you anyway, you make me want to scream.”

“Alleyways” is a ghostly R&B jam that’s upbeat and echoes a fusion of British acts like Muse and Stereophonics. “Female Robbery” is a seductive yet dark track pumped with drum and bass as well as enigmatic lyrics. The track is reminiscent of Garbage's "#1 Crush” and is eerie with sexy synths and background yelps.

In “Let it Go,” singer Jesse Rutherford adopts a raspy rap vocal that flows through silky guitar tones. It opens with his voice slightly resonating Sublime’s Bradley Nowell then shifts to a defiant ethereal serenade. “Sweater Weather” is clearly the most upbeat song of the album and fluctuates between dance-y rhythms and a sensual lullaby.

It is always refreshing to hear a distinctive voice stand out from the indie music pool, and it is safe to say that Rutherford is one of them. The singer makes sexy sound humorous, yet cool.

However, although the Neighbourhood's tunes are catchy and easy on the ears, their sound as a whole isn’t mind blowing.

The Neighbourhood isn’t exactly mall rock, like Maroon 5, but they are also not pushing any boundaries. Some say this band’s sound feels done to near-death already. However, the truth is that this quintet is good - the band just has room to grow.