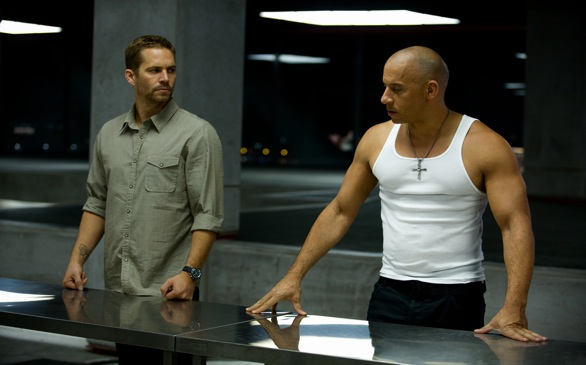 Summer is almost here, and that means it’s time to get ready for some big film releases. It will be months before anyone knows which flick will dominate the box office. But in the meantime, let’s sit by and thoroughly enjoy the race!

Star Trek Into Darkness will hit theatres on May 17. J.J. Abrams is hoping the second film in his Trekkie trilogy will pay off as big as the first one did. Grossing almost $258 million dollars to date, it was one of the biggest films of 2009. Where the first one received critic’s acclaim and lots of “oohs” and “aahs” from the audience, the very early word on this one is that it doesn’t quite elicit the same reaction. It is very difficult for a sequel to compete with a successful first film, and we all know you don’t want to let those Trekkies down.

Fast & Furious 6 is up against The Hangover Part III on May 24. Wow. Part six? Really? Well, they say that as long as films keep making money, the studios will keep making them. Obviously, the Fast & Furious franchise is making money, and people enjoy the films. Vin Diesel and Paul Walker deliver again in this sequel, and Dwayne Johnson joins them. And it’s taking place in London. The stunts and driving sequences have caught early, positive buzz, but will it be enough to pull into first position?

After Earth is hoping to land the top spot of the first long, summer weekend with a May 31 release date. Father and son Will and Jaden Smith are both box office draws in their own right, and this is the first time we get to see them on the silver screen together since The Pursuit of Happiness. Director M. Night Shyamalan seems to be hit or miss these days, and the film looks like it is way too creepy for the many kids that will probably go to the movies to see it with their parents.

Man of Steel is yet another re-telling of the Superman legend. Already seemingly dated with its highly principled yet sometimes boring lead character (let’s be honest), director Zach Snyder sought an assist from Dark Knight director Christopher Nolan, which could means Warner Bros. stands to have a big hit on its hands. It opens nationwide on June 14.

The Heat doesn’t exactly fit into the mold of what you think a “summer blockbuster” would be, but don’t count it out. Melissa McCarthy and Sandra Bullock will draw in their own big fan bases. It's likely that the viewers that don’t choose a big action flick as their first choice will head down to see The Heat. In other words, this is one that the girls will drag the guys to. Also, director Paul Feig was the guy responsible for Bridesmaids, and we all know how that took off out of nowhere. Watch for this one on June 28.

Expect big things from Despicable Me 2. The first was a smash, and this one will be too. Steve Carell and Kristen Wiig lend their voices to the animated adventure again, and this sequel even has Al Pacino voicing a character! The family-friendly, fun adventure will attract all moviegoers, and the fan base created by the first flick has been chomping at the bit waiting for this one. They will get their fix on July 3.

Be prepared to laugh while watching Grown Ups 2, which releases on July 12. Grown Ups was one of Adam Sandler’s biggest hits, so it should do very well. So far, it doesn’t seem as though any new twists have been thrown in; they could just be banking on the success of the first film to carry it through. Grown Ups 2 has the original cast back again for round two of slapstick shtick!

Elysium has two Oscar winners leading the cast and is being touted as nothing short of an amazing thrill ride of a motion picture. Jodie Foster and Matt Damon are hoping the original sci-fi thriller will be just what the audience is looking for after a summer of sequels and repeats.  Writer/director Neill Blomkamp gave us the critically acclaimed, special effects-driven District 9 and is promising even more in Elysium. See if he delivers on Aug. 9.