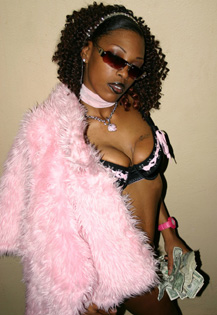 Although West Hollywood is the best-known gay neighborhood in L.A., there are several other enclaves – Silverlake, for example – that have a long-standing gay community. Finding something to do that suits your style and musical preference just takes a little looking.

Lasso yourself a chap-wearing stud at this local country-western hangout. While most patrons are rumored to be seasoned two-steppers, free lessons are offered every Tuesday and Wednesday from 7:45 to 9:15 p.m.

If you’re not down with the line dancing or the Texas shuffle, this wild west-esque bar is a good place to just kick back with a beer, shoot some pool and enjoy the good ole country tunes.

The diverse line-up of dance nights and stage shows make this club a draw for goths and people into eroticism. Depending on the night, crowds can dance the night away to house, rock, top 40, hip-hop or ‘80s hits. When not grooving to the music, heads turn to the stage where hard-bodied males gyrate and topless female cabaret dancers, plus-sized women and transgender wonders captivate.

Just off the strip of endless nightlife is an underground scene of dancing and bar life that mixes urban style and hip-hop. Best known as the home to Madonna’s Music release party back in 2000, Catch One offers a large dance floor and hosts weekly themed parties that range from strippers to diva karaoke. Strong, sexy urban women gather here and heat things up with the help of exotic dancers and sounds of house, hip-hop and salsa.

Those looking for a hook up, a one-night stand or just someone to grind with on the dance floor will find MJ’s the best place to find prime meat. MJ’s is an unapologetic guy-for-guy club, and for those who go there the – intentions are obvious. On a nightly basis, there’s guaranteed to be a crowd, with each night featuring a different theme. There’s Mega Monday’s, Rim Job Tuesday’s and Milkshake Thursday’s. Each night features its own atmosphere, music and fantasy.

A popular destination for premiere parties and among lesbians looking to dance, the Factory got its start as a camera factory before becoming a military facility during World War II. It then made its claim to fame as Frank Sinatra’s private club. Now, it’s gay central. It’s sprawling bar, large dance floor and separate lounge accommodates those who like Madonna, Britney, the Supremes or different shades of electronica.

Girl Bar is a paradise for lipstick lesbians. But even if you’re not, you won’t feel out of place here. Heels and pumps are standard, but certainly plenty of women show up in jeans and chunky shoes. Priding itself on providing the most exciting events in the most elegant of settings with great music, hotter women, and the hottest go-go’s in town, Girl Bar does it right.