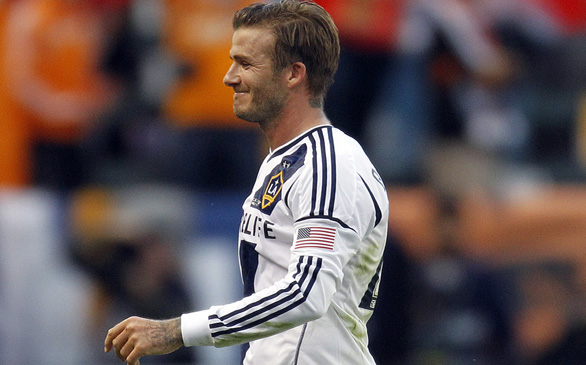 With two games remaining, David Beckham has announced he's retiring at season's end in France. The 38-year-old Beckham, who recently won a league title in a fourth country with Paris Saint-Germain, said Thursday he will retire at the end of the season. "I'm thankful to PSG for giving me the opportunity to continue but I feel now is the right time to finish my career, playing at the highest level," the former England captain said in a statement.

"Today is a day to celebrate David Beckham and the completion of his fabulous career," LA Galaxy general manager and head coach Bruce Arena said in a prepared statement. "In addition to being such a great player, David is also a great personality, a great teammate, a great friend and family man. He is a person that you cannot replace, on the field or off and our club is in a better position for having him play for us in the six years that he did.”