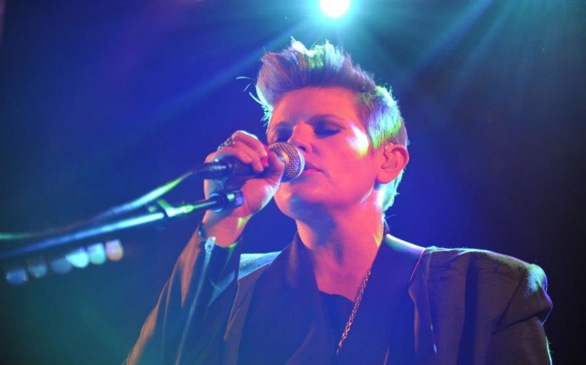 The Dixie Chicks were country music superstars, but lead singer Natalie Maines has never concealed her fondness for rock, pop and R&B.

On her debut solo effort, Mother (issued the same week as Mother’s Day), Maines reinforces her sympathy for mainstream music with only traces of Americana: more Sheryl Crow than Carrie Underwood. Maines is a fine songwriter, but here she collaborates and interprets. Ben Harper and his band back her (Harper also produced the 10 tracks), and all but one song was co-written or penned by others.

Maines stamps Eddie Vedder’s “Without You” with lucid passion; she creates shivers during Jeff Buckley’s “Lover, You Should’ve Come Over,” a long-form elegy to despondent romance; and blazes through Patty Griffin’s intense rocker “Silver Bell,” highlighted by fierce, twinned guitars. Maines falters somewhat on Pink Floyd’s Freudian “Mother” – a gender shift to a girl’s perspective would have been apt.

Throughout, Maines’s voice is the strongpoint (she’s never shown such striking range), but polished production and slightly unbalanced organization keeps Mother from being the distinguished record it could have been.