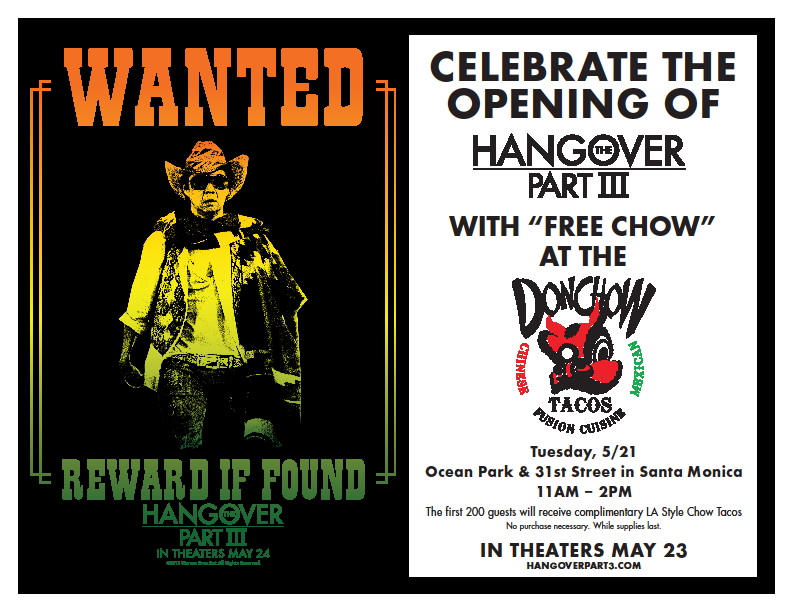 To celebrate the May 23rd opening of The Hangover Part III, the first 200 people in line at the Don Chow food truck at Ocean Park and 31st streets in Santa Monica get a free LA Style Chow Taco from 11 AM to 2 PM on Tuesday, May 21st!

It's been two years since the gang known as the Wolfpack narrowly escaped disaster in Bangkok. Now, Phil (Bradley Cooper), Stu (Ed Helms) and Doug (Justin Bartha) have happy lives at home -- but Alan (Zach Galifianakis) doesn't. Still lacking contentment and a sense of purpose, Alan has gone off his meds and surrendered to his natural impulses. It's up to the other members of the Wolfpack to get him through his personal crisis by embarking on a road trip to the place it all began: Las Vegas. 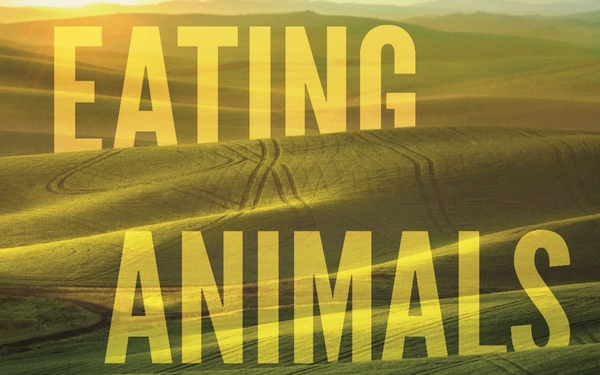