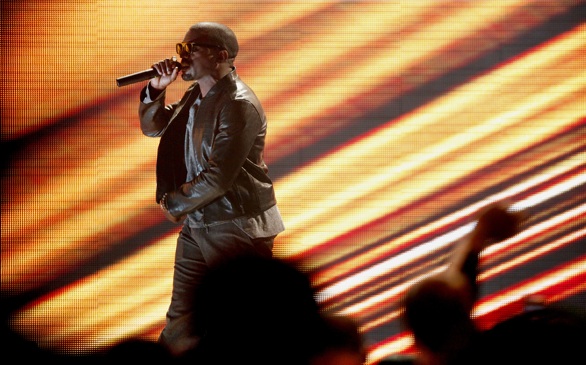 West opened his set by debuting “Black Skinheads,” then returned to the stage for a performance of “New Slaves.” Both songs could be on West’s upcoming sixth solo LP, which is rumored to be titled Yeezus.

For more information and to see a video, click here.