Why USC and Not A Black College, Dr. Dre? 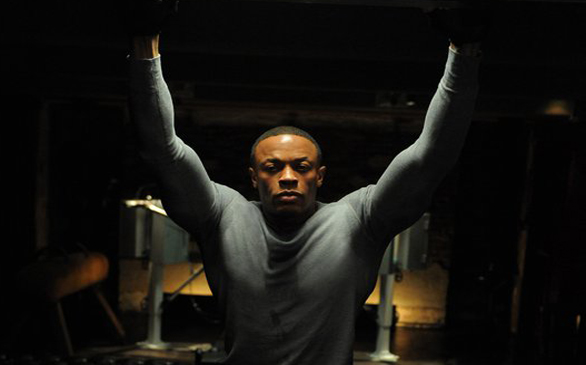 I was in Detroit preparing to give a speech last week when the news came across my Twitter feed: "Dr. Dre and music producer Jimmy Iovine donate $70 million to (the University of Southern California) to create new degree." As one of the first university presidents from the hip-hop generation, I had to stop and read the story immediately.

The two music moguls and co-founders of Beats Electronics - recognizing that they needed a new type of creative talent for their growing music technology business - are funding a four-year program that blends liberal arts, graphic and product design, business and technology.

I understood their need to build a pool of skilled talent. But why at USC? Iovine's daughter is an alum, sure. And he just gave its commencement address. Andre Young - before he was Dr. Dre - grew up in nearby Compton, where he rose to fame as part of the rap group N.W.A. The Beats headquarters are on L.A.'s Westside.

Still, what if Dre had given $35 million - his half of the USC gift and about 10 percent of his wealth, according to a Forbes estimate - to an institution that enrolls the very people who supported his career from the beginning? An institution where the majority of students are low-income? A place where $35 million would represent a truly transformational gift?

Why didn't Dr. Dre give it to a black college?

Make no mistake: This donation is historic. It appears to be the largest gift by a black man to any college or university, comparable to the gift Bill Cosby and his wife, Camille, gave to Spelman College in 1988. Some 25 years later, their $20-million gift (about $39 million in inflation-adjusted dollars) is still the largest-ever private gift to a historically black college. Dre gave USC almost triple the amount Oprah Winfrey has given Morehouse College over the years. Sean "Diddy" Combs gave $500,000 to Howard University in 1999, which he attended before launching a successful career.

A hip-hop icon is now the new black higher-ed philanthropy king. We've never seen a donation to rival this from any black celebrity - musician, athlete or actor - and that fact must be celebrated.

But as the president of a black college, it pains me as well. I can't help but wish that Dre's wealth, generated as it was by his largely black hip-hop fans, was coming back to support that community.

USC is a great institution, no question. But it has a $3.5-billion endowment, the 21st largest in the nation and much more than every black college - combined. Less than 20 percent of USC's student body qualifies for federal Pell Grants, given to students from low-income families, compared with two-thirds of those enrolled at black colleges. USC has also seen a steady decrease in black student enrollment, which is now below 5 percent.

A new report on black male athletes and racial inequities shows that only 2.2 percent of USC undergrads are black men, compared with 56 percent of its football and basketball teams, one of the largest disparities in the nation. And given USC's $45,602 tuition next year, I'm confident Dre could have sponsored multiple full-ride scholarships to private black colleges for the cost of one at USC.

Maybe some suspect that a historically black college or university would not have the breadth or depth of expertise on its faculty to spearhead an innovative academy. Nothing could be further from the truth.

This future Jimmy Iovine and Andre Young Academy for Arts, Technology and the Business of Innovation is to be multidisciplinary, with a technology focus. In 2011, the National Science Foundation noted that black colleges are a major source of scientists and engineers. In fact, the top five producers of blacks who go on to earn science, technology, engineering and math graduate degrees are black colleges, as are 20 of the top 50. Once you add in the musical legacy of black colleges' choirs and marching bands, they are the perfect locations for an academy like this.

In the end, though, this is his money, and endowing a program geographically nearby, where he can have ongoing input and contact, makes sense. I do hope it will recruit and enroll a diverse class of students and not become some enclave for the already privileged student body there.

But more important, I hope this groundbreaking gift inspires other celebrities and musical artists to make similar donations to higher education. And that they will consider doing it in a manner that will be truly transformative. This gift is gravy for USC; for a black college, it would transform not just individuals but whole institutions and communities.

In the Detroit airport on my way home, I counted seven people sporting the stylish Beats by Dre headphones on the way to my gate. All seven were black men, like me. My own Dre earbuds were in my briefcase. I'm sure we all bought them not only to support Dr. Dre but because of the quality of the product.

My challenge is to figure out how to get Dr. Dre and others to listen as well, because when they support black colleges, they are also supporting a quality product.