Cockpit Confidential: Everything You Need Know About Air Travel 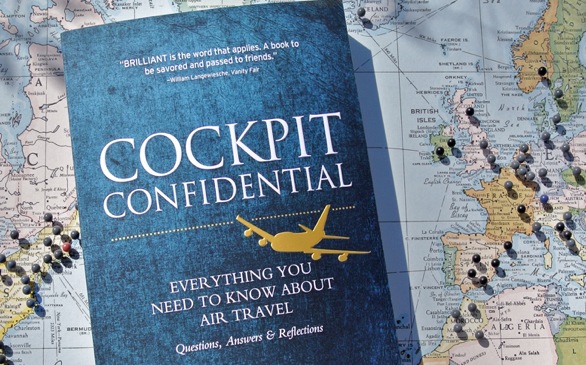 The wings are not going to fall off, a plane rarely gets jostled more than 20 feet off course even in the roughest of turbulence, and the contents of airplane toilets are not jettisoned during flight. And as to those scenes in movies where a novice safely lands a jetliner by being “talked through” the process? Not going to happen.

Smith, a seasoned airline pilot and author of the web’s Ask the Pilot blog, spends much of Cockpit Confidential dispelling myths and addressing the flying public’s safety concerns. Whether he’s answering questions about rather mundane things (the mist coming off the wings, the reasons for de-icing) or something potentially serious (engine flame-out), Smith provides a very thorough and sensationalism-free explanation, mostly in layman’s terms.

Putting white-knuckle flyers at ease is not the sole purpose of this book though; there are also anecdotes about pilots flying naked, conspiracy theories about notable crashes, pilots boozing it up and a revealing of what’s in those mysterious black cases that pilots always seem to be lugging around (it’s only maps and charts.) There are plenty of lists, including the best airports, airlines with the best safety records and the places that offer the best views. There’s also a glossary of flying terminology that defines often-heard terms like “all call,” “ground stop” and “pre-board.”

Readers will definitely get their frequent flyer miles out of this one.