We Steal Secrets: The Story of WikiLeaks 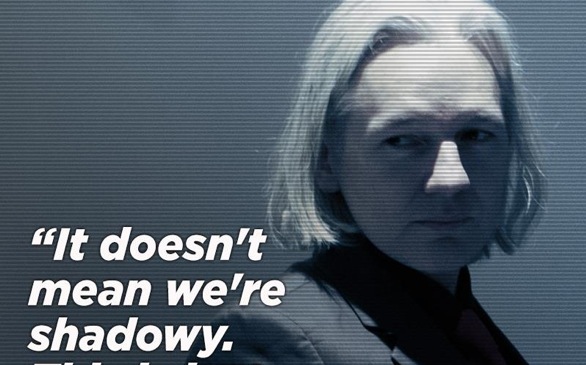 Alex Gibney (Enron: The Smartest Guys in the Room) brings us an interesting documentary in We Steal Secrets: The Story of WikiLeaks, which follows the rise and fall of Julian Assange's controversial website, WikiLeaks.

WikiLeaks became involved in the largest security breach in U.S. history when young PFC Bradley Manning downloaded and released hundreds of thousands of documents from classified U.S. military and diplomatic cables to the website, revealing the behind-the-scenes workings of the government’s international diplomacy and military strategy.

In this film, we learn that both Manning and Assange contributed to the Internet’s new role as a tool for revealing infrastructural government corruption.

“We all want a hero. But my involvement on this film taught me an important lesson – that a noble cause is not necessarily a guarantee of a saintly leader. Some of the most altruistic figures in history have been deeply flawed on a personal level. It’s easy to get caught up in a moment and a movement and ignore those inconvenient truths,” said Gibney.

Gibney did a fair job at using the sources and accounts of people who supported or fought the groundbreaking actions of the leak, but he was unable to attain Assange and Manning’s stories (access to Manning was denied until after production, and Assange demanded a hefty price). Instead, he used only snippets of Manning’s chats and clips of Assange to help the audience draw their own conclusions about these two people.

“Embrace the contradictions,” said Gibney. “By following that advice, I found the right path. Just because [Assange] has destructively narcissistic tendencies, it doesn’t mean that we should ignore his idealism or the power of his initial platform. [Manning] was a whistleblower in the noblest noble sense. He really wanted to make a difference. But he was naïve about how some of his leaks might be used, as well as being a deeply troubled soul.”

We Steal Secrets is a clear and in-depth documentary that brings both sides to talk about the origins and effects of the biggest social/political events of this decade. It serves as an invaluable resource to inform audiences about all of the parties involved in the scandal so they can make their own conclusions and opinions.

We Steal Secrets: The Story of WikiLeaks is currently playing in L.A. and New York. The film will be released in select cities on May 31.