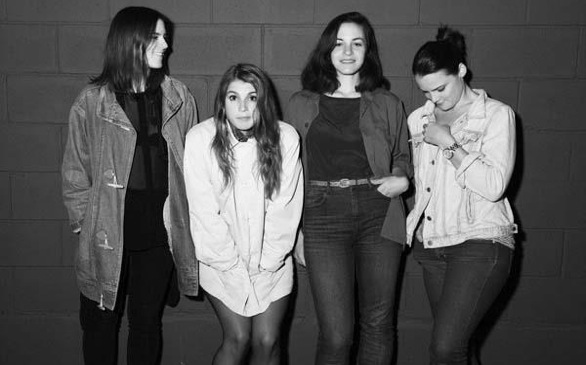 TEEN is an all-female foursome fronted by former Here We Go Magic member Kristina "Teeny" Lieberson and rounded out by bassist Jane Herships and Teeny’s sisters Lizzie and Katherine. Do not mistake the band for a teeny-bopper outfit, though. They don't perform jangle pop like girl groups the Bangles or the Go-Go’s. Instead, the ladies have definite psychedelic leanings.

“Carolina” is layered, dreamy psych that maybe would be what the Verve would have sounded like had they been heavy with X chromosomes. “Circus,” “Glass Cage” and “Paradise” all show affection for Kate Bush, some vocally but all by their spacey arrangements. “Cannibal,” while also set to a gentle psychedelic swirl of guitar and keyboards, includes sweet and almost sing-along vocals and is the closest thing to a traditional pop/rock tune on this five-song EP.

It’s best to head into Carolina without pre-conceived notions; if you like the lighter side of psych music, then it’ll be likely that you’ll really enjoy the journey.