Red Hot Chili Peppers Warming Up For a New Album 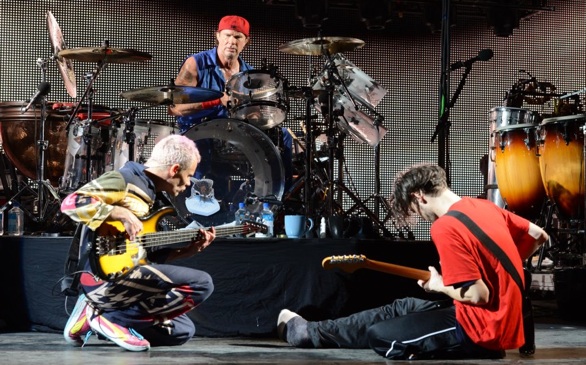 As the Red Hot Chili Peppers begin to wrap up nearly two years of touring in support of their I’m With You album, some of the band members are already looking forward to a new project. Drummer Chad Smith predicts that the band could start working on its next album as early as the fall. This album would be the band’s 11th studio record. Until then, the band has a few more big gigs, including headlining both San Francisco’s Outside Lands Music and Arts Festival and the Orion Music + More Festival in Detroit.