Is Snapchat Poised to be L.A.'s Tech Start-Up Star? 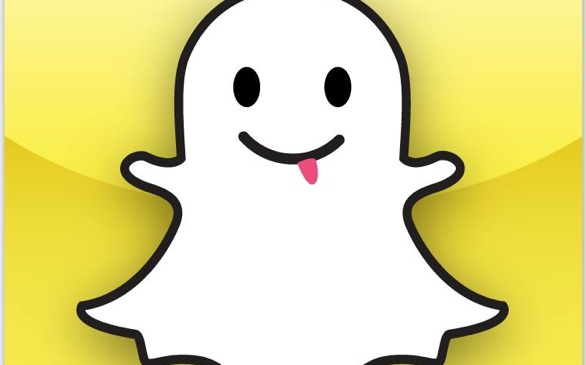 There's never a shortage of things to gawk at in Venice Beach: oiled-up bodybuilders, a two-headed turtle, over-the-top street performers.

Lately, passersby on the main stretch of the boardwalk have also been ogling an eggshell blue house, steps from the sand, unremarkable except for a giant yellow sign out front featuring a cheery cartoon ghost.

The ghost is the logo of Snapchat, which has burst onto the tech scene with its mobile app that enables users to send their friends photos that self-destruct seconds after they're viewed.

With more than 150 million photos shared through the app every day, Snapchat has garnered enormous popularity and publicity: Mark Zuckerberg has used the app. Al Gore name-dropped it at the South by Southwest festival. Stephen Colbert had co-founders Evan Spiegel and Bobby Murphy on "The Colbert Report."

What has gotten less attention, though, is where the 2-year-old company is located. Spiegel, 22, and Murphy, 24, made a deliberate choice to take Snapchat to Los Angeles shortly after coming up with the idea for the app while students at Stanford University. The move away from Silicon Valley was bold, given that region's reputation for growing promising young tech start-ups and its ties to crucial venture capital funding.

L.A., on the other hand, has gained traction as a tech community but has yet to produce a blockbuster start-up on the level of Facebook, Twitter or Instagram. Despite the debut of hundreds of start-ups in the region in recent years, tech entrepreneurs and investors have stressed the need for Los Angeles to have a breakout hit.

Some are saying Snapchat could finally be it, and are hoping that the company built on ephemerality won't itself disappear like so many other start-ups.

Snapchat has an "addictive quality," said Mitch Lasky, general partner at Benchmark Capital, which led a $13.5-million round of funding for Snapchat announced in February.

Lasky, a member of Snapchat's board, said the app's user engagement is "something the likes of which I haven't seen outside of email or SMS or that kind of stuff. It's extraordinary."

Snapchat's premise is simple. Users take a photo or video and set an expiration time of one to 10 seconds. Recipients are notified when they've received a "snap" and must maintain physical contact with their smartphone screen as they're viewing it. A countdown timer shows how much time remains before the image self-destructs.

The company's founders say the app has caught on because it celebrates spontaneous, fleeting moments — a refreshing break from the perfectly poised shots that are carefully selected for Facebook and other social media networks. Indeed, many users said they turned to the app to send photos of themselves making funny or ugly faces or otherwise looking less than picture-perfect.

Snaps have also introduced the concept of photo chatting, a way to communicate quickly without words. For instance, users will send a snap of a shopping center instead of texting, "I'm at the mall."

The allure of vanishing photos has caught on quickly among Snapchat's users, most of them in the coveted 13-to-25-year-old range.

A few months ago, "everyone at school starting talking about Snapchat," said Tyler Bowman, 15, who was hanging out on the Venice boardwalk near Snapchat's headquarters on a recent Thursday.

Now, his friend Jonathon Marquez says, "everyone who has a smartphone uses it."

The high school sophomores said Snapchat has become one of their top three apps. They each send 100 snaps a day, mostly of what they described as "dumb stuff."

"It's just fun to mess around. Texting gets old after awhile," Bowman said.

Snapchat hasn't been without its share of controversy. Its must-have status among teens and its now-you-see-it-now-you-don't underpinning have made some suspicious that the photo-messaging app is being used for sexting (when people text racy images of themselves).

Spiegel, who is chief executive, grew visibly upset and became agitated at the mention of sexting and refused to answer questions about it. Investors, however, say the worries are overblown.

"We don't worry about it because it isn't true," said Jeremy Liew of Lightspeed Venture Partners, which led a seed round of funding last year.

"The only people who think that Snapchat is primarily for sexting are people who don't use the app," Liew said. "I'm sure that some sexting occurs on Snapchat, just as it does over SMS, email, Facebook messaging, snail mail and carrier pigeon. But it isn't the core driver."

Snapchat has taken measures to shake the sexting perception. It says the vast majority of snaps are sent during the day, a sign that most photos are probably not risque in nature. Screen shots can be taken of any image sent through the app, and senders are notified when a recipient does so.

Just 1.2% of images transmitted via the app are screen-captured, Murphy said. "By setting the default to impermanence, people understand and respect that."

Still, when Snapchat was mentioned to teens on the boardwalk, several snickered and exchanged knowing glances with their friends.

"It happens a lot," conceded Bardiya Khodabakhshi, 18, of West Hills. He insisted he hasn't sent sexts. Yet, he said, "I can see the appeal."

Snapchat has also recently found itself embroiled in a Facebook-Winklevoss-like battle over its origins.

In February, Frank Reginald Brown IV filed a lawsuit against Snapchat and its co-founders, alleging he came up with the idea and did work on the app but was shut out by his former college buddies after a falling out. The company declined to comment on the lawsuit.

And there have been doubts about snaps being deleted permanently from phones and from the company's servers after they're viewed. Last month, a Utah data retrieval firm said it had found a way to restore Snapchat images sent to Android smartphones even after they had supposedly disappeared. That led to a complaint, filed by the Electronic Privacy Information Center, with the Federal Trade Commission.

The finding prompted a blog post by Snapchat, which detailed its deletion procedures. It also offered a caveat: "If you've ever tried to recover lost data after accidentally deleting a drive or maybe watched an episode of CSI, you might know that with the right forensic tools, it's sometimes possible to retrieve data after it has been deleted."

Despite those road bumps, Snapchat continues to surge ahead, even as other once-promising L.A.-area start-ups, such as Viddy and Beachmint, have struggled.

Spiegel and Murphy, who met through their fraternity at Stanford, said they briefly considered taking the company to San Francisco but decided to move it to L.A. because they liked the region's creative spirit, laid-back culture and entertainment ties. They initially worked out of Spiegel's father's house in Pacific Palisades before moving in January to Venice, where they're set up between a bike rental shop and street vendors selling floppy hats.

With 14 employees and an ambitious hiring plan, Snapchat is already outgrowing the beachfront space and probably will need to relocate again in a matter of months. When that happens, the company said, it will stay in the L.A. area instead of moving back to Silicon Valley.

"It's nice being outside of that world — having access to it but not being drowned by it," Murphy said. "For us, being an hour away by plane is enough to keep our heads down and focus on what we're doing and not get caught up in the hype of the start-up world up there."

Like many young mobile start-ups, Snapchat has yet to make any money, relying instead on venture capital funding. Spiegel said the company is looking for ways to monetize the business down the line, which will almost certainly come in the form of mobile advertising.

Already, brands are testing the app as a potential advertising vehicle. Taco Bell last month announced it was bringing back the Beefy Crunch Burrito by using Snapchat to send its followers a snap of the menu item. The move earned the fast-food chain street cred among the social media-savvy set.

Many users on the boardwalk, having assumed Snapchat was based in the Bay Area along with the rest of their favorite tech companies, said they appreciated Snapchat's local presence.

"It's cool to see something that's so popular come out of the community," Khodabakhshi said. "It makes it seem more grass roots."

But don't expect Snapchat's founders, who have been keeping a low profile, to become the mouthpiece of Southern California's technology scene.

"There are people who want to be the face of L.A. tech, and that's great," Spiegel said. "We're not those people."

Snapchat recently overcame a huge hurdle when Facebook in December launched Poke, a copycat app that also allows users to preset expiration times on photos and videos. Poke hasn't taken off, however, and has instead given Snapchat free publicity and scores of new users.

"Very few young companies on the beach in Venice can survive a direct clone attack by a huge public company with a worldwide footprint like Facebook," Benchmark Capital's Lasky said. "And yet they did, and they did it with panache. I think that speaks very well of its prospects."