Ralph Fiennes: The White Countess Star Journeys Back in Time 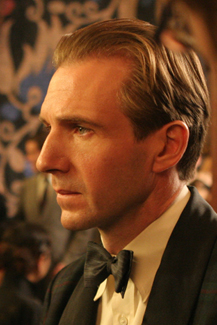 Time and setting are certainly integral components of a film. For White Countess, however, Shanghai, China in the 1930s only serves as a static backdrop to the story of a Russian exile and the struggle to preserve her family.

Sofia, played by Natasha Richardson, along with her daughter, aunt, uncle, and two in-laws are presumably displaced from their status as Russian nobility after the Bolshevik Revolution. It is not clear why the family settles in Shanghai particularly but it is explicitly clear that they are struggling to make a living in their new surroundings. To the dismay of her family, Sofia works as an escort at a local bar to earn money. Although Sofia is the sole provider, her family’s false pride casts her as a sinner.

Redemption approaches Sofia in the form of a former American diplomat named Jackson, with whom she forges a business agreement. Jackson, played by Ralph Fiennes, adds another cultural dynamic to the intersecting themes and characters of the film. For Jackson, the duty of promoting foreign ideals as a diplomat have long been jaded and his decision to open a nightclub named the "White Countess" becomes a way of reviving an alternative passion.

"He’s a kind of an idealist, a bruised idealist, and I can identify with that," says Fiennes.

For the prolific Fiennes, the task of playing a blind diplomat was certainly an alluring quality, even more so than the film’s unique time setting.

"What came through to me was the humanity of the characters," he says. "I think with the best material you should be able to somehow to make a case for it to be transposed to any other time."

Although the White Countess nightclub fulfills Jackson’s business dream and provides Sofia the opportunity to earn a better living for her family as the leading lady, the nightclub soon becomes a hotbed for the political turmoil that they intended to shut out. Matsuda (Hiroyuki Sanada) represents the liaison for that political instigation. The mysterious Matsuda influences the club, encouraging Jackson to invest in a political and ideologically diverse clientele. The ensuing environment is made ripe for spying and Matsuda’s job is done. What follows is a Japanese attack on China that sends Jackson and Sofia on a frenzied journey.

The portrayal of political relations between China and Japan was a sensitive factor for the Japanese actor, who has starred in many Japanese films and crossed over to American fare with his role in 2003’s The Last Samurai.

"The history of that period is a very dedicated [time] for our two countries, China and Japan, so it’s dangerous," says Sanada. "It’s very hard to learn about that period, especially in Japan."

Penned by the renowned Japanese-British author Kazuo Ishiguro and produced by the Award winning production team of Ismail Merchant and James Ivory, the film marks a cultural departure from their prior works like Le Divorce and The Remains of the Day (based on Ishiguro’s prize winning novel).

On the other hand, the Pacific Rim did not initially set off any sparks for Ivory.

"It just seemed so far away and so completely out of all of my own interests," he says. "I don’t know what I expected because I didn’t know anything about China."

Although the film was eventually green-lighted for production, Merchant never lived to see the final product. He died from illness this past May at the age of 68. He first partnered with Ivory in 1968 and their subsequent releases, including Howard’s End and A Room with a View, have been recognized as ushering in a mass appreciation for period dramas. And White Countess is yet another classic exposition.