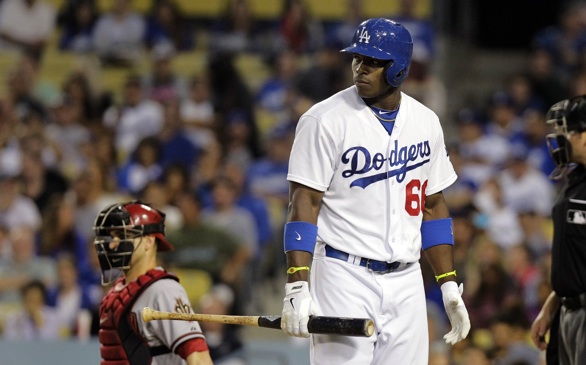 Baseballs weren’t the only things thrown Tuesday night, as a fist flying fight broke out between the L.A. Dodgers and the Arizona Diamondbacks in the middle of the field. During the seventh inning, Arizona pitcher Ian Kennedy threw a nasty pitch to L.A.’s Zack Greinke, which led to players from both teams storming the field and colliding in a heated brawl. Even coaches and managers from both teams were shown arguing on the field, and several people were ejected from the game.