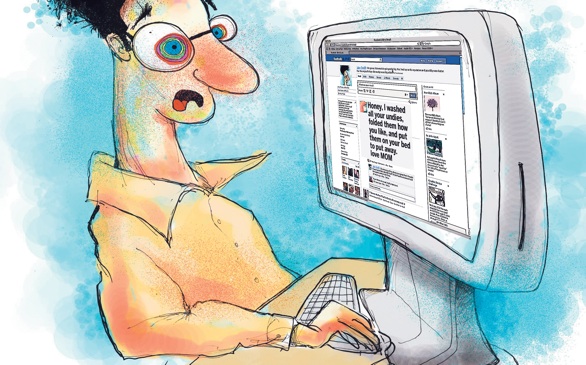 Thanks to Gaylord Focker (Ben Stiller) and Meet the Parents, the majority of Americans learned you can’t say "bomb" on an airplane. Ironically, when that movie is shown for inflight entertainment, they can’t say "bomb" either.

The government has been monitoring our speech for years, but now with the all the advancements in social media, they’ve taken monitoring to a whole new level.

This past May, federal agents arrested an aspiring teenage rapper from Boston for comments on his Facebook page relating to the Boston Marathon, President Obama and the U.S. Government. Although his comments were not intended to cause any harm, the 18-year-old found himself sitting in a prison cell with bail held at $1,000,000.

Since his arrest, others have gone the same way, as their social media comments have created a stir around our Department of Homeland Security (DHS). Fortunately, we won’t have to worry much longer, as the Electronic Privacy Information Center has obtained a full list from DHS (thanks to the Freedom of Information Act) that contains words they like to keep a watch on.  But with a list this long, it seems possible that everybody might be on their radar.

The list is broken up into categories starting with domestic security triggers, then HAZMAT & Nuclear words, followed by health concern +H1N1 terms. Then, it's broken down into infrastructure security, southwest border violence, terrorism, weather/disaster/emergency, and lastly cyber security.

As a student at the University of Southern California, I could potentially be sitting behind bars for misusing the word "Trojan."  Or as a former long boarder from New York, posting a status saying “got high with the homies, bombed some hills and now riding the subway, it’s like an Earthquake down here” could set off alarms in domestic security, infrastructure security, southwest border violence and weather/disaster/emergency.

Obviously, trigger words can appear without us even recognizing it. Although there is a good chance many of us will never face these problems, it’s probably not a bad idea to take a glance at the full list so you're not sitting in front of a judge at some point looking at 20 to life for conspiracy against the government.