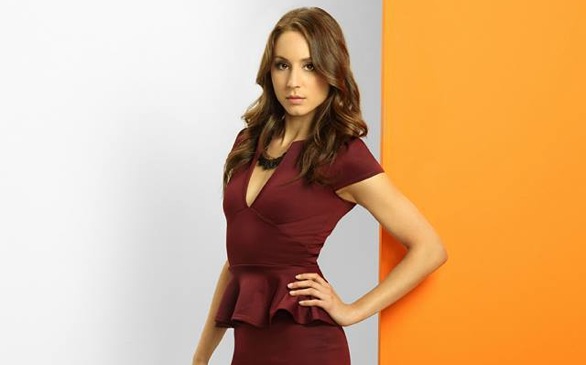 Troian Bellisario, who plays preppy Spencer Hastings on ABC Family's hit show "Pretty Little Liars," is proving that she's much more than an actress. Besides staring in her short film Exiles, the daughter of famous producer Donald P. Bellisario also wrote and produced the project. Exiles depicts what might have happened if Shakespearean lovers Romeo and Juliet had succeeded in escaping their overbearing families and lived as exiles. Through Kickstarter, Bellisario raised more than $16,000 for the project in a month's time. The short film will debut at the Marfa Film Festival in late June.

TV Time
(Almost) every show coming to TV this summer. And 29 that aren’t
400 views

TV Time
‘All Rise’ is the first TV drama to tackle coronavirus. Here’s how they did it
331 views

TV Time
‘Every night at 7 o’clock I burst into tears’: TV mentor Tim Gunn is freaked out too
328 views

TV Time
This season, ‘Westworld’ imagines Los Angeles in 2058. Here’s what it looks like
323 views