8 Get Suspended After Dodger Stadium Brawl 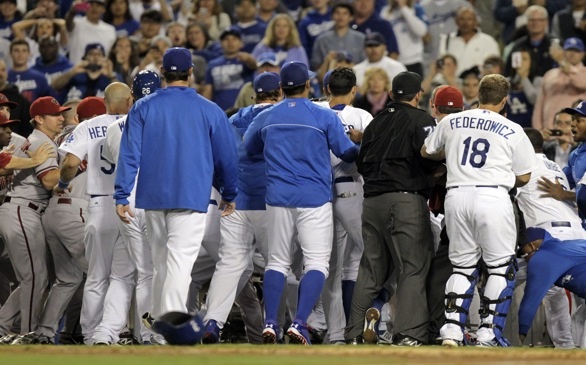 The MLB has suspended eight players after the Dodger/Diamondbacks brawl that occurred at Dodger Stadium on Tuesday. Among the suspended are three Dodger players: pitcher J.P. Howell, utilityman Skip Schumakers and pitcher Ronald Belisario. Mark McGwire, who is the Dodger's hitting coach, was also suspended. Diamondback pitcher Ian Kennedy is suspended for 10 games for hitting Dodger Zack Greinke with a pitch.

For more information on this story and to see the whole list of those suspended, click here.