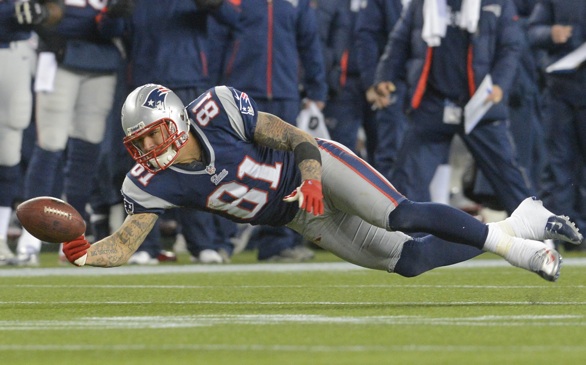 There are currently conflicting reports over whether or not police have issued an arrest warrant for New England Patriots tight end Aaron Hernandez for obstruction of justice in the murder investigation of Odin Lloyd.

Lloyd, a 27-year-old semi-pro football player, was shot in the head and found dead Monday in a park near Hernandez's house. Police are apparently suspicious because Hernandez destroyed his cell phone and security footage and had his house cleaned hours after Lloyd was apparently killed. The tight end, who signed a $40 million five-year contract last year, is also under fire after 30-year-old Alexander Bradley filed a lawsuit against Hernandez for apparently shooting him in the face.