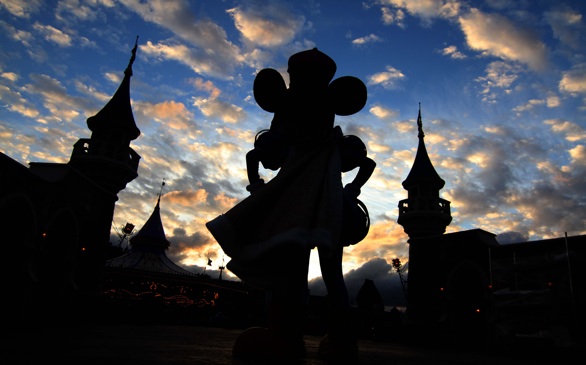 Nearly one in four college students majoring in the liberal arts named Walt Disney Co. as the employer for whom they would most like to work, according to a survey of 17,764 undergraduates.

Disney was one of only four private companies, along with Google, Apple and NBC Universal, among the top ten most attractive employers to humanities, education and liberal arts students in the United States, according to the survey by Universum Group, a Stockholm-based branding firm that works with 1,200 clients worldwide.

The survey revealed a marked preference for public service and government among liberal arts students: the United Nations, the U.S. Department of State ranked second and third on the list of the 100 most attractive employers.

Also on their list: Teach for America, the FBI, the Peace Corps, and the National Security Agency. (The survey was taken before the recent revelations about data gathering by the NSA).

Last year, Disney purchased Lucasfilm, the company founded by Star Wars creator George Lucas, thus adding to its trove of popular characters, from Mickey Mouse to Iron Man. The company is Orange County's largest employer, with 25,000 working in its theme parks and hotels.

The survey was part of Universum's larger poll of nearly 66,000 undergraduates. Among business majors, Disney ranked second to Google among preferred employers. Among engineering students, the company was eighth, with NASA, Google and Boeing taking the top spots.