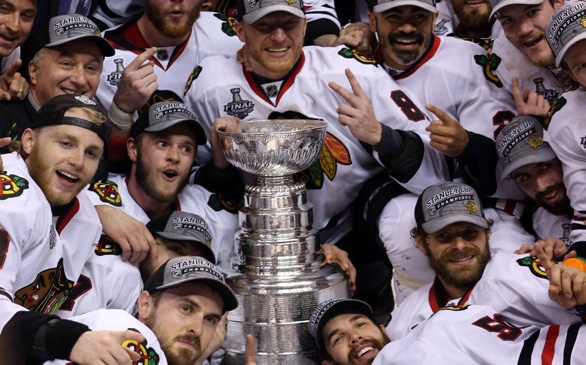 With less than two minutes left, the Chicago Blackhawks tied and surpassed the Boston Bruins to win the Stanley Cup. The Bruins led the Blackhawks 2-1 with 1:16 left in the game. But then, all of a sudden, Blackhawks forward Bryan Bickell scored, tying it up. Only 17 seconds later, the Blackhawks successfully attacked again. This time, Dave Bolland scored for the win. The Blackhawks miraculously ran away with the Stanley Cup in spite of a trying lead in the dying minutes of Game 6.