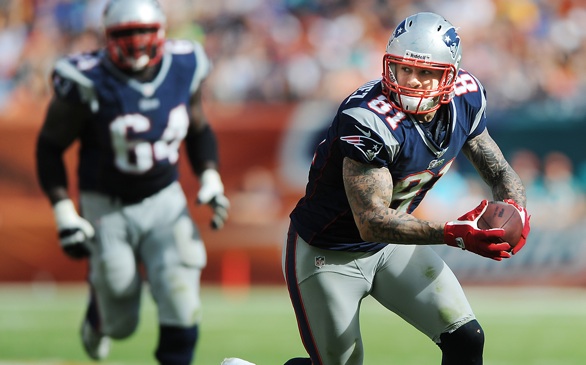 Wednesday morning Aaron Hernandez of the New England Patriots was arrested after a body was found near his Massachusetts home last week. Formal charges have not yet been registered against the football player since he is still just a suspect, but his team has officially dropped him from their lineup costing him $50-plus million contract. Hernandez is no stranger to police accusation, having been accused of shooting a man in the eye in a Miami strip club in February.