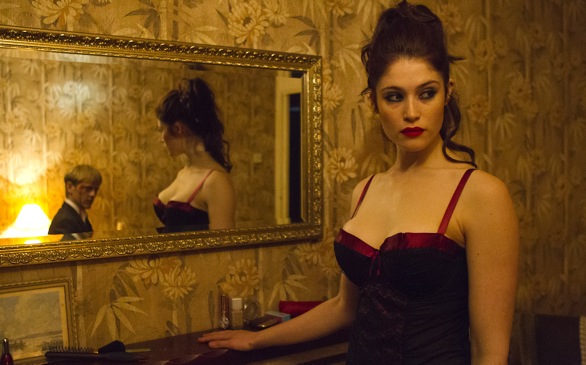 Everyone loves vampire films, or at least one would assume so considering the volume of fanged films being released each month.

Byzantium, a movie that departs from the traditional vampire genre, follows Clara (Gemma Arterton) and Eleanor (Saoirse Ronan), two bloodthirsty heroines who have been vampires since the early 19th century.

The mother and daughter are not that far apart in age because each was turned immortal at a different stage of life. This leaves a mother in her mid-20s and a daughter in her mid-teens who bicker constantly.

Sought after by an all-male secret society that has been hunting them through the centuries, they pose as sisters and seek refuge in a run-down coastal town.

Clara, a prostitute by profession, befriends Noel (Daniel Mays), an older lonely hotelier who recently lost his mother. She convinces him to take them in, setting up a brothel in his dilapidated guesthouse called Byzantium. But after Eleanor befriends a leukemia-stricken boy named Frank (Caleb Landry Jones) and discloses her and her mother's identities, their past quickly catches up to them.

Directed by Neil Jordan (Interview with the Vampire: The Vampire Chronicles) and based on Moira Buffini's play “A Vampire Story,” Byzantium is a gothic melodrama that doesn’t abide by the usual vampire code of conduct. Neither sunlight nor mirrors seem to pose a threat for the vampire duo. Instead of using lethal fangs to draw blood, Eleanor and Clara use a retractable pointy thumbnail to pierce their victims’ flesh for feeding. They are not traditional vampires.

Ronan (last seen in The Host) easily carries the film and once again proves her talent. Her character Eleanor is more of a trapped, tortured and conflicted vampire who longs for normalcy and only kills the sick and elderly, while tough mother Clara is the opposite. Fiercely protective of her daughter, she will kill anyone who threatens to tear them apart and relies on her physical attributes to survive. There is great love between the duo, but Eleanor has become critical of her mother’s choices -- hence the bickering.

Very little is surrendered easily, and the beginning of the picture is full of hints at what should be a significant payoff. Historical flashbacks mostly fill in the details of what happened to Eleanor and Clara at the start of the 19th century, and we gradually learn that a powerful and conniving man named Ruthven (Jonny Lee Miller) pushed Clara into prostitution. We also discover why the duo is on the run and how they each became vampires.

Visually, the film is beautiful, emotional and poetic, and includes stunning coastlines, dark crypts and cascading waterfalls. They make up for Byzantium’s lack of suspense.

A slow, quiet, minimalistic piece, Byzantium stands out due to its inventive angle and its focus on female protagonists. While the vast majority of vampire stories usually center around men, Jordan’s film offers a feminist touch.

Overall, Byzantium isn’t a riveting tale. This adventure falters in its pacing. There are no twists, turns, frights or thrills. Thus, what we are left with is a mere feminist fairy tale.

Byzantium releases in select theaters Friday, June 28, including The Landmark in West L.A. It will be available nationwide On Demand July 1.