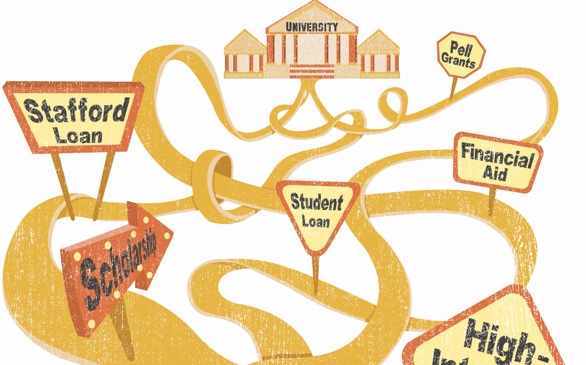 WASHINGTON — The interest rate on subsidized federal student loans will rise from 3.4 percent to 6.8 percent next week because the Senate has no plans to vote on the issue before a Monday deadline, the start of the July Fourth congressional recess.

But supporters of a bill by Sens. Kay Hagan, D-N.C., and Jack Reed, D-R.I., that would extend the 3.4 percent rate for another year, said Thursday that their plan would get a vote July 10. If it passes and becomes law, the measure will reduce the rate retroactively.

Supporters said Thursday that it had the backing of 35 Democrats; it would need 60 votes to avoid a filibuster under Senate rules.

A bipartisan group of senators is pushing an alternative bill that would permanently tie student loan interest rates to the 10-year Treasury note borrowing rate. President Barack Obama similarly suggested a market-based plan in his 2014 budget proposal. Neither sets a cap on how high the interest rates on loans that students take out may go.

A cap is essential, argued Sen. Tom Harkin, D-Iowa, a supporter of the one-year extension and the chairman of the Senate Committee on Health, Education, Labor and Pensions. The market-based proposal has low rates for a few years, but as the economy picks up and rates rise, all types of student loan rates “rocket up,” he said.

She argued that high student loan rates make it impossible for graduates to spend money in ways that would help the economy, such as buying houses or starting businesses.

“Sadly, Senate Democrats continue to block reform and insist on kicking the can down the road with a tax hike attached, while attacking the president’s reform plan,” Senate Minority Leader Mitch McConnell, R-Ky., said in a statement. “It is my hope that the president will call members of his party and encourage them to allow bipartisan student loan reform to move forward when the Senate returns in July.”

The doubling of interest rates would mean about $1,000 more in costs over the life of the average loan, according to congressional estimates. Only low- and middle-income students are eligible for the subsidized loans.

In claiming that the Hagan-Reed bill contains a tax increase, McConnell most likely is referring to the fact that it would pay for another year of low rates by closing a loophole that allows people who inherit retirement accounts to pay the taxes over their lifetimes. The bill would cap the amount of time the taxes may be delayed at five years.

The one-year extension of the low student loan rate would give Congress time to come up with a rate plan as part of a reauthorization of the Higher Education Act, which expires at the end of this year, Harkin said.

The White House has endorsed an extension of the 3.4 percent rate by closing tax loopholes and said higher rates shouldn’t be charged to students to reduce the federal budget deficit.

The rate would remain the same for the life of the loan.

The plan says borrowers would have income-based repayments. Borrowers who consolidate their loans would get a cap of 8.25 percent.