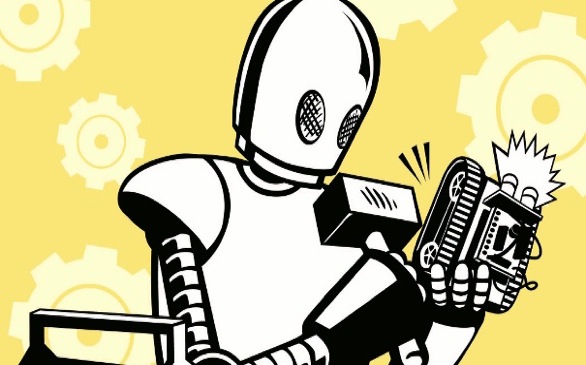 It may sound like a group of renegades who’ve denounced normal society but the “Cult of Arduino” is just the name taken by DIY electronics enthusiasts who love to build things using the Arduino microprocessor.

John Boxall’s Arduino Workshop is a very thorough primer for those wishing to jump on the bandwagon.

The book begins with a brief description of what the Arduino is: a microprocessor that’s been around for less than a decade. It is compatible with all sorts of add-ons such as motors, sensors and displays that electronic geeks are using to create all sorts of practical, interactive devices (as well as toys).

Readers will also find a list of places to purchase the Arduino (Radio Shack and online) and instructions on how to install the necessary computer software. There are also a few chapters on basic electronics relating to the Arduino. However, the real fun begins with the step-by-step instructions on how to put together 65 different items, including a GPS logger that records travel data for display on Google Maps, an electronic version of the classic six-sided die, a keypad-controlled lock that requires a secret code to open and even a remote-controlled tank.

Arduino Workshop also shows the reader how to add shields (connecting circuit boards), how to begin working with touchscreens via an inexpensive model, how to work with servos and how to incorporate wireless data into your project.

And while Boxall’s tutorial is quite complete, he makes it clear that Arudino’s real power is not to be found in a manual; it lies in the individual’s imagination.

Non-Fiction
Cindy Crawford talks 'Becoming' herself, being a mom and learning to love her mole
3,049 views

Non-Fiction
'Date Night In' a worthwhile cookbook for romance ... or not
2,224 views

Non-Fiction
What the presidents drank
2,112 views