Meet David Lambert from "The Fosters": The actor talks about the ABC Family show, acting and finding the silver lining. 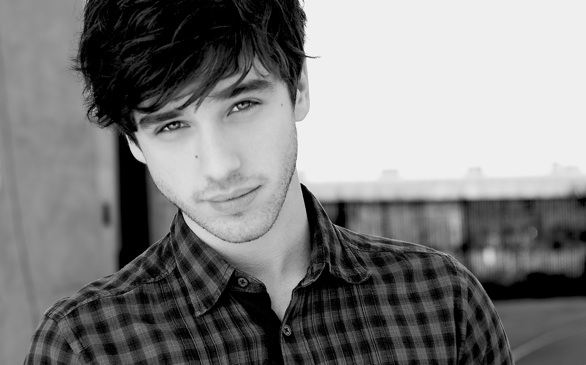 David Lambert is a young actor with some inspiring words. He’s used these words and turned them into action, which has led to a pretty good career. During our interview, there was the impression that this was just the beginning of more good things to come.

Campus Circle: How did you get into acting?
David Lambert: I have been acting since elementary school. I started in theater and it was just for fun. This was way before my career in L.A. It was a social outlet for me. When I was in middle school, I lived in Atlanta, Georgia. I went to an open call for an agent then started working locally in Atlanta and next began working in L.A.

CC: What are some projects you've done that you see as huge stepping-stones?
DL: I think the first stepping-stone would be the show called "Aaron Stone" for Disney XD. It was one of the first original shows for that channel. I played Jason Landers. I was around 14 years old when I did that, and I came away with a new understanding of acting. It became a game changer.

Last year, I did a small indie called, Lifeguard, which starred Kristen Bell, and it went to Sundance. I played one of the leads and we shot for a month in Pittsburgh.

Those two jobs were very important because of how much I learned.

CC: Is there a special moment during your career that you can share?
DL: I think one of the most special things was Lifeguard and getting to meet Kristen Bell, Mamie Gummer (the daughter of Meryl Streep) and Martin Starr. The whole experience was intimate, and it was great. The scenes were intense scenes for me, and I had to step up. I was 18 at the time so working with someone like Kristen was intimidating but that stuck with me, and I had to make it work. It’s one of the greatest experiences I’ve had to date.

CC: What are you working on now?
DL:  Right now I’m working on "The Fosters," which is an hour drama for ABC Family.  We are almost at the end of Season 1. This is a different project that centers around a same sex couple raising different children. I play the role of Brandon. It’s a great show that’s grounded in drama with realistic situations, and it’s a great thing to be a part of.

CC: What was it like working with Jennifer Lopez?
DL:  Jennifer Lopez is an executive producer on "The Fosters." I’ve met her a couple of times. She came and did the press with us, and we were hanging out with her. Jennifer has come on set to see what’s going on with the show. She seems to want to be involved as much as possible. Jennifer is a very nice lady. She was very down to earth when I met her, and we talked for a while.

CC: Any cool behind-the-scenes stuff that you can share with Campus Circle readers about “The Fosters” and “Aaron Stone”?
DL: "The Fosters" has been one of the best casts I’ve ever worked with. We have so much fun on set. We’re a tight knit group. It got that way very quickly and stayed that way. It shows on camera that everyone involved has a lot of trust and respect for each other. All of us are very grateful for each other.

CC: Do you have advice for anyone who wants to become an actor?
DL: Yeah, I would say that dedication is all I have to thank for where I am. I sacrificed a lot of things and turned down a lot of things to focus on acting. I was a freshman and sophomore in high school while working on "Aaron Stone," so I was homeschooled both of those years. I missed out on a lot of experiences. I think if I were having a conversation with someone who wants to take acting seriously, one thing I would say (that I wish I’d been told more of) is that you can’t have it all. There will be sacrifices that you need to make to get to where you want to be. It requires a lot of hard work until you get to a place where you can see the silver lining, but it’s definitely worth it.

CC: Any crazy, funny stories that made you realize how much you love the industry?
DL: I did a job for a show where I was tied to a tree! (laughs) It was a night shoot, out in middle of nowhere by a lake. In between takes I was tied to a tree, and they would check in on me to make sure I was comfortable. I kept having these flashes of…this is my life. I’m tied to a tree in the dark in New Mexico; this is my life. It was one of those things that I was laughing about. It was a funny moment that showed me how much I love the industry. I love how unpredictable this industry is. You never know where you will find yourself.