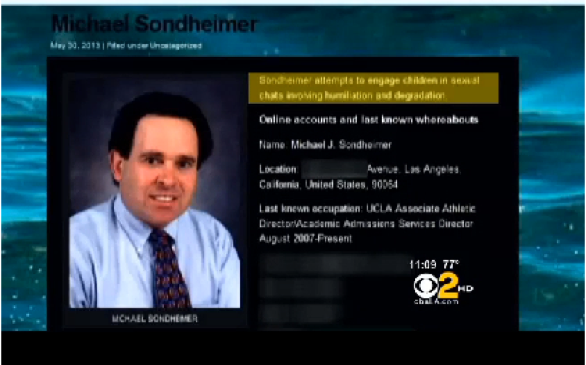 The "anything-you-can-do, I-can-do-better" relationship between UCLA and USC is quite amusing, but their most recent comparison doesn’t leave either school looking too hot.

Two weeks ago, former USC professor Walter Lee Williams found himself on the FBI Most Wanted List for committing sex crimes against children abroad. Within two days of that announcement, he was arrested in Mexico.

On June 27, longtime UCLA associate athletic director Michael Sondheimer resigned from the university. Why? His early exit was the product of allegations made that he “attempted to engage children in sexual chats” online, according to CBS. Until his resignation, Sondheimer had been on administrative leave since June 3.

UCLA immediately spoke up following his departure, assuring that the allegations made against Sondheimer “were unrelated to his job at UCLA and did not involve students or any other employees of the university.” The university has since begun its own investigation of the claims.

Although these former employees' actions are not reflective of USC and UCLA's values, each campus should make an effort to promote awareness of child sex crimes. The subject is very touchy, but it needs to be addressed to prevent further travesties like these.