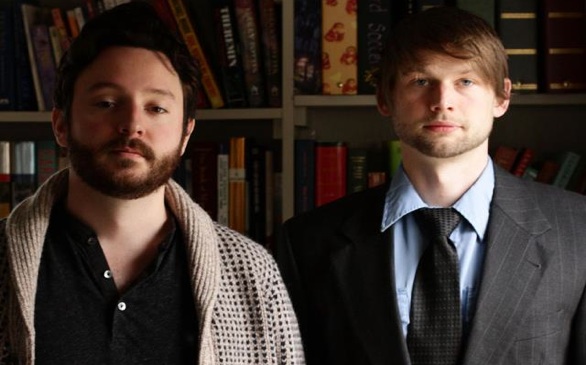 Seattle-based drummer Nick Krivchenia and bassist/vocalist Jim Vermillion, known as Armed with Legs, are a duo with a difference.

On their self-released, eponymous, debut full-length (which follows a 2010 EP), Vermillion and Krivchenia are akin to a larger band halfway between math rock and indie rock: it’s a deceptive and discreetly dramatic blend.

The nine tracks (plus two bonus radio edits for initial single “Hey Hey” and nervy “Little Sinner”) have a controlled sparseness that accentuates notched harmonies and gentle vocals, which sometimes barely rise above a whisper. Even on tunes with momentum, such as sinuous “Baby Rattlesnakes,” the subtlety shines, and the sweeping simplicity is potent.