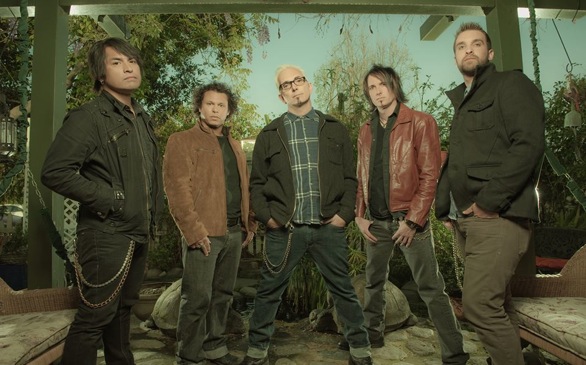 Whenever, you get to see a collection of bands from a specific era throw out their hits all night, it’s sure to be a good time. The Summerland tour was no exception.

For this tour, Everclear front man Art Alexakis rounded up some of his favorite ‘90s bands and took to the road. Supported by Sponge, Filter and Live, this blast to the past proved to still hold weight.

The first act to take the stage was Sponge. Reminiscent of Scott Weiland, lead singer Vinnie Dombroski stood tall on the stage in his leather pants and bare chest, belting out lyrics to crowd favorites like “Plowed” and “Molly.” Dombroski’s voice sounded as good as it did when the band released its hit debut album Rotting Piñata. Being able to have that much passion and energy after all these years is a wonderful thing to experience live.

Filter followed Sponge and didn’t disappoint. Their sound filled the Wiltern from top to bottom and got the crowd moving even more aggressively. This slow increase of energy was perfect for the night; this band can do no wrong live. They have been playing shows all over the world consistently since they started in the late ‘90s, and it shows. When they embark on their next solo tour, make sure you catch them live. It’s one of the best hard rock shows you’ll find out there today.

Next up was Live. The legendary band that sold more than 20 million albums was welcomed with a thunderous applause and then a bit of confusion. A new singer, Chris Shinn, had taken the place of the iconic Ed Kowalczyk. After a falling out with the band in 2009, Kowalczyk left the band, and very recently Shinn took the helm.

Anyways, the band started off great and sounded spot on, but then as the set wore on, so did the band’s inability to gel. The sound is there, but they just need time to play together to get things tight. Adding a new member in a position that channels all the music to one point is tough to rush, and I’m pretty sure that by the time this tour is done, they will be a finely tuned machine.

Everclear closed the night and really set the venue on fire. The crowd knew every song and got rowdy when inspired by Alexakis. His voice sounded weathered and unhealthy, but that didn't faze the crowd – the audience members were just happy to be able to see one of their favorite bands live again.

The vibe all night was positive and having this particular collection of bands proved to be the perfect mix of fun, heart and rock.