A Contest for Musicians, the Surf Rodeo & New CD Releases 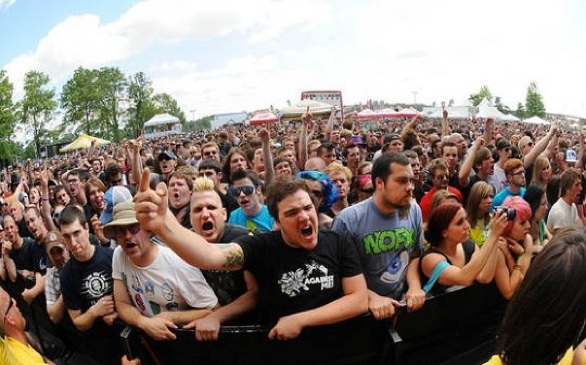 ERNIE BALL BATTLE OF THE BANDS UNDERWAY
The Ernie Ball Battle of the Bands, held in conjunction with the Rockstar Energy Drink UPROAR Festival, is now underway. Interested (unsigned) bands should go to www.rockstaruproar.com and complete the informational profile and submit at least one MP3. They’ll then be able to use the site’s promotional toolkit to promote their entry on the web, which is very important since fans will be voting for their favorite band. Duff McKagan (Guns N’ Roses) and Jerry Cantrell (Alice in Chains) will judge entries that make the final cut.

Finalists can win a spot on the Zippo Encore Festival Stage in their local market on this year’s tour. For the Los Angeles area, this will be the tour’s Irvine stop on Sept. 13. Then, the national grand prize winner gets a spot to play live at the 2014 UPROAR Festival, a recording session in North Hollywood with famed producer Jay Baumgardner, a record deal, $10,000 worth of music gear, a professional photo shoot, features in Revolver magazine and on Loudwire.com, national radio exposure on hardDriveRadio, a year’s worth of Ernie Ball strings and a year’s worth of Rockstar Energy Drink.

The deadline for entries varies by market. For a chance to play at Irvine, entries must be in by August 26.

SUMMERTIME CDS
Here are some CDs that are guaranteed to put a little sizzle in your summer:

THE ALMOST Fear Inside Our Bones (Tooth & Nail) – Slinky slide guitar riffs, a thundering rhythm and a bit of the blues inform “I’m Down,” the driving rocker the band has chosen as the album’s first single.

BALLYHOO! Pineapple Grenade (Right Coast) – Bouncy pop tunes set to a reggae lilt or ska rhythm is what Ballyhoo! specializes in. There’s even a little surf guitar in the mix on “Battle Cry.” This is a good album for the beach.

HAWTHORNE HEIGHTS Zero (Red River) – With songs titled “Memories of Misery,” “Darkside” and “Skeletons Remain,” Zero has “starting over from nothing” as its theme. The band is headlining the entire Warped Tour.

IRATION Automatic (3 Prong) – The title cut is an example of the laid back reggae that the band is primarily known for, and there’s plenty of that here. However, there are also non-reggae numbers, such as the sublime pop-rocking “Show Me.”

LIGHTNING DUST Fantasy (Jagjaguwar) – Amber Webber’s vocals float over moody synth melodies and gurgling beats on most of this album, but Lightning Dust also turns in some quiet, folky numbers like “Moon.”

MATTHEW MAYFIELD Irons in the Fire (Sweet Exchange) – This eight-song E.P. features the smoky-voiced Alabaman performing new songs “In or Out” and “Look Me in the Eye.” The album also includes re-mastered versions of “Fire Escape” and “Tonight,” originally released on 2011’s Now You’re Free.

THE OBLIVIANS Desperation (In the Red) – The spirit of the Stooges permeates “Em” and “Woke Up in a Police Car,” and the fuzzy “Pinball King” would make the Ramones smile.

SOKO I Thought I Was an Alien (Community Music) – Soko is an actress known for her work in French films and the international release Augustine. Here, she proves to be quite mesmerizing as she sings and sometimes speak-sings over trippy melodies.