Robin Thicke’s Rebuttal to Claims of a 'Rapey' Song 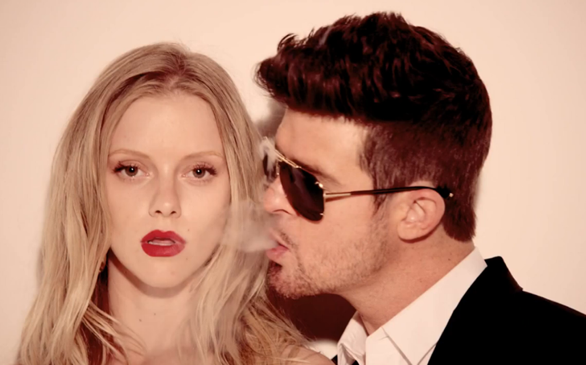 The song of the summer (next to Daft Punk’s “Get Lucky”), “Blurred Lines” by Robin Thicke has received as much criticism as it has approval. The song garnered Thicke the No.1 spot on iTunes and Billboard’s Top 100 list.

It also received harsh disapproval from feminist groups, claiming that it has “rapey” undertones—mainly because Thicke seductively says, “I know you want it,” into the ears of sultry women. The claims of misogyny are only bolstered with the song’s uncensored music video—topless women saunter around Thicke and the song’s collaborators, T.I. and Pharrell (all fully clothed). Recently, however, Thicke has rebuked his song’s criticism, claiming that it is ludicrous.

Instead of a “rapey” vibe, Thicke claims that the song is merely about the blurred lines between male and female sexuality. He feels that deep down women are just as sexually enthralled as the commonly portrayed overzealous male. Undoubtedly, the debate over “Blurred Lines” will reign until the next shocking song debuts.