Comic-Con, Warner Bros. Unveil Official Bag - It Has a Cape! 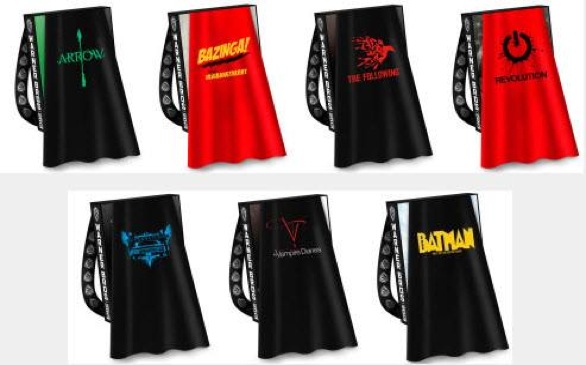 Do you want to feel like the ultimate superhero at this year's Comic-Con International: San Diego? Then make sure you grab the official Warner Bros./Comic-Con backpack when you check in at the convention!

When you go to Comic-Con, you're obviously going to need a bag to carry the copious amount of swag you're going to grab: posters, souvenirs, etc. What's great about this unique keepsake is that in addition to its highly functional use as a backpack, it also has a built-in cape. That's right, a cape. It detaches, so you can wear just the cape or the backpack separately – whatever you prefer.

Each bag also has double-sided artwork: one side has the Comic-Con 2013 official design, and the other features art from your favorite shows, theatrical motion pictures and original animated movies.

The television show designs include "Arrow," "The Big Bang Theory," "The Following," "Revolution," "Supernatural," "Teen Titans Go!" and "The Vampire Diaries." You can also sport a bag featuring artwork from Justice League: The Flashpoint Paradox and upcoming movies such as Godzilla, The LEGO® Movie and 300: Rise of an Empire.

Don't miss out on having perhaps the coolest souvenir you'll ever get your hands on!