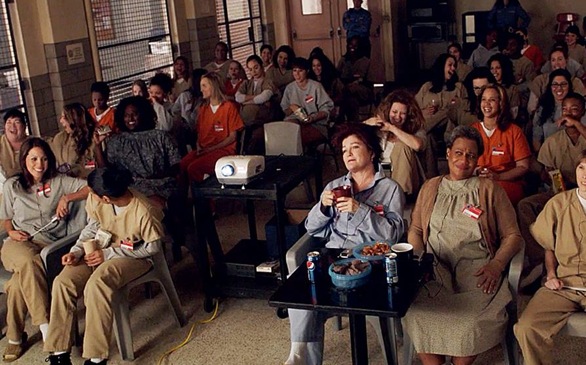 No one knew what "Weeds" creator Jenji Kohan would do after Nancy and the family called it quits after one too many seasons. Going to prison probably wasn’t some people’s first guess.

In her new Netflix original, “Orange is the New Black,” Kohan explores life behind bars in a woman’s correctional facility filled with hate, depression, drug addicts, violence and a whole lot of lesbian love. The show, starring Taylor Schilling, is based off the memoirs of Piper Kerman, a dazzling Brooklynite who had her life ripped out from under her for a big mistake she made many moons ago involving an international drug cartel.

When I first came across the show, I honestly questioned its potential for success. Although it looked entertaining, I couldn’t quite figure out what factor of the show was going to make people fans. But like in "Weeds," the cast of characters keeps us coming back for more.

The women Kohan introduces all come with incredible back-stories and have the exuberant personalities to go with them. Schilling beautifully plays the role of a naïve, yet sophisticated inmate and keeps viewers intrigued with her unconventional antics and potential insanity. Every walk of life is represented on screen, and we quickly learn that the hierarchy of the world still exists behind bars.

One added bonus to the new show: the theme song. Written and performed by Regina Spektor, “You’ve Got Time” captures the dark underlining of prison life, while also remaining lighthearted and upbeat like the series. Some might argue the song redefines awesome, and others think it could be dethroning Robin Thicke or Daft Punk for song of the summer.

With "Orange is the New Black," Kohan has once again proven her ability to create high quality entertainment. She understands how to connect with audiences. The question now remains: will Kohan know when it’s time to pull out, or will she repeat what she did with "Weeds" and have the show carry on for far too long?

Regardless, "Orange is the New Black" is off to a hot start and can only go up from here.