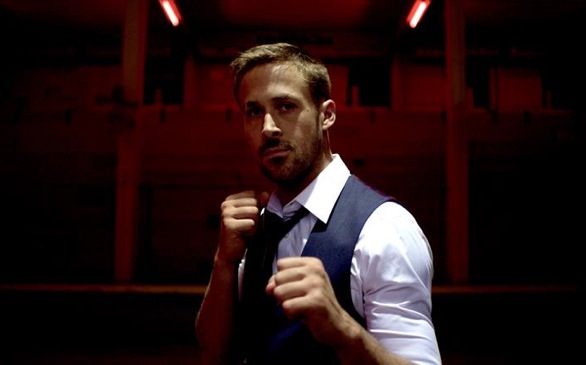 Director Nicolas Winding Refn (Drive, Valhalla Rising) and composer Cliff Martinez (Spring Breakers, Drive) sat down with Campus Circle to talk about their reunion picture Only God Forgives and the journey into taking a much darker turn from Drive.

Only God Forgives tells the story of Julian (Ryan Gosling), a respected figure in the criminal underworld of Bangkok who runs a Thai boxing club and smuggling ring with his brother Billy. When Billy is suddenly murdered and their crime lord matriarch (Crystal, played by Kristin Scott Thomas) arrives from London to bring back the body, Julian is forced to settle the score with Billy’s killers. Facing the truth behind his brother’s actions, Julian finds himself in the ultimate showdown with a mysterious figure that acts like the hand of God, dolling out justice against his family’s sins.

Campus Circle: When you came up with the concept for Only God Forgives, how did you present it to the actors?
Nicolas Winding Refn: Well, I think when I presented the material to the actors, it was more accessible - there was a story, there were characters, there were dilemmas, there were reasons for this and that. It was an easier sell to them, and they understood it clearly. Then when you start working, you begin to bring out the big themes, and they go like, “Uh?”… But in time, they see, and it becomes an interesting collaboration.

CC: Only God Forgives is more of a gritty turn from Drive’s almost glossy ultra-violent visuals. What motivated that turn?
NWR: I like that way of making a film because it’s like painting a picture - the lighting and the fluorescent and the whole Asian acceptance of the spiritual world and reality going hand in hand as something that is just accepted. Those were such interesting concepts to me. I’ve been making movies with almost no dialogue, so sound and music become very powerful characters to tell the story. Music and images become your tools to tell the story, especially when I go against the conventional way to make a film.

CC: Regarding music as a character, what is it trying to tell the audience?
Cliff Martinez: Nicolas leaves a lot of real estate open for the music to jump in and describe the characters and describe what their emotions are...This film is left open, and he really wanted those characters to be Mona Lisa; he wanted lots of music but didn’t want to define the characters too much. It’s a weird trick to be a minimalist and not say much…so, yeah, it’s a character but an enigmatic character at times. I think the music was psychological; the music was more situational, scoring situations. The music explained situations and tried to have a little more heart and emotion, so I got to have my tender moments.
NRW: The songs (in the Karaoke scenes) are about vengeance...folktales, Thailand country music that are at times very much fable stories.

CC: Themes of Greek mythology and Eastern folklore see prevalent in the film - any specific ones to cite as inspiration?
NRW: Not specifically based on myths, but of course the Oedipus is obviously there. That’s more of a common problem, the man wanting to marry his mother.

CC: Cliff, how many times do you watch the movie before you dive in with the music?
CM: I watch it at least twice, and after I lay on the couch for about a week, I stare at the ceiling and really don’t try to write anything. Then, I ask Nicolas a lot of questions, and eventually I’ll get around to sitting down at the keyboard to make myself useful.

To me, the hardest thing is the blank page. The starting point. Ground zero. What is it going to sound like? I’ll watch the movie a few times and just let it percolate, wait for lightning to strike. I always feel like you lose that innocence if you watch it a lot.

Nick gave me the scene of the one-armed man telling Ryan Gosling’s character about the angel of vengeance, and when Nicolas sent me the scene, I told him, “Now you’ve gone too far. Not only is there no dialogue, but I see the guy’s lips moving, still no dialogue. What’s up with that?” He said there was something comical about the actor saying, “Angel of vengeance,” so we can’t use it. And I said, “Ok, so it’s up to me to tell the whole story of this mythical, supernatural, superhuman character or a myth who may not even exist.” It’s my proudest moment in the film.

CC: Nick, the idea of fighting God is something you talked about as inspiration for this picture. Does Julian (Gosling) become that vessel to manifest this concept?
NWR: The idea of a man wanting to fight God was a very heightened concept, and I needed to bring that to an accessible level. So, I made a mother and son story, but the idea is the son is chained to the womb of his mother. To go back there (and the womb being the closest thing to God since life is created there) was interesting to me. And that’s why throughout the course of the movie, he is trying to go against his mother. The key through that confrontation is this unearthly man (Chang, played by Vithaya Pansringarm) that has the sense of morale that almost circles them into the final conclusion.

Only God Forgives releases in theaters on Friday, July 19.