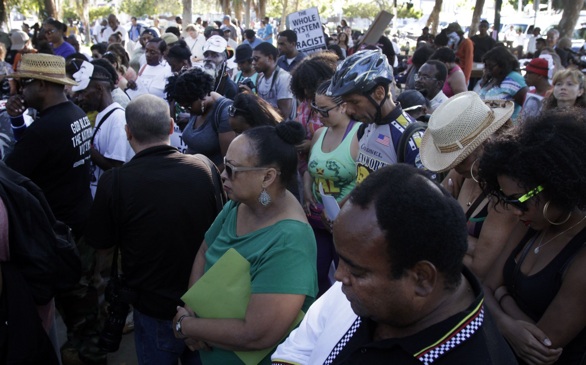 In response to the jury’s verdict of non-guilty in the George Zimmerman murder trial, protests surfaced across the nation. In characteristic form, Angelinos expressed their civil unrest.

What started as a peaceful march down Crenshaw Boulevard on Monday night soon turned violent. Sects of the protesters veered off, assaulting people, vandalizing and stirring up chaos. Around 350 LAPD officers inundated the area, subduing the crowd of about 150 participants and arresting 13.

This small spark of violence in response to racial injustice is all too familiar in Los Angeles. Many people are unhappy with the outcome of Zimmerman’s trial, but memories of turbulent times like the Watts Riots and the Rodney King Riots should promote a poignant aversion to violence—especially in L.A.