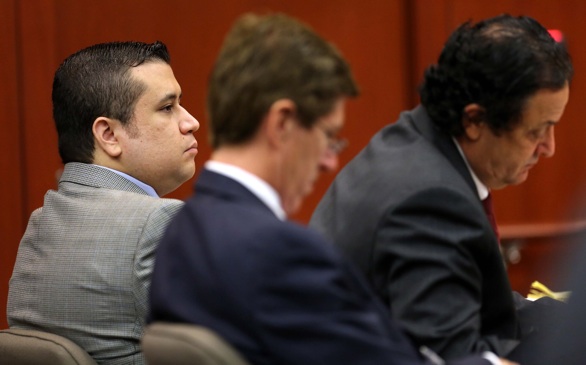 Juror B37 of the Zimmerman Trial made quite the name for herself when she spoke to Anderson Cooper and made remarks that she felt sympathetic for Zimmerman and supported his actions. Whether or not those comments were warranted, the juror took things to a whole new level when she signed a book deal less than 48 hours after the not guilty verdict was read. Outrage immediately ensued.

One woman felt it was her own personal duty to make sure the book was never made. She took to Twitter to do so.

Posting as Cocky McSwagsalot @MoreAndAgain, the woman took direct shots at the publisher, Sharlene Martin, who signed the juror. Her first tweet read: “Hey, @sharlenemartin, please drop juror B37. Do not help the person who let a murderer get away profit from this tragedy.”

From there, McSwagsalot proceeded to spread the publisher’s information all over the Twittersphere, encouraging followers to bombard her with a mess of phone calls, tweets and emails in hopes to stop the book’s birth. Soon after, McSwagsalot drafted up a Change.org petition in hopes that Matrin would drop the juror. Within minutes, it had thousands of supporters.

It was only a matter of time until Martin came to her senses and released this statement: “After careful consideration regarding the proposed book project with Zimmerman Juror B37, I have decided to rescind my offer of representation in the exploration of a book based upon this case.”

@MoreAndAgain’s efforts prove once again that social media has great power in our society.  Even though her followers are not in the millions, she was able to single handedly take down what could have been one of the most controversial books of the century. Not too bad for pretty much using only word of mouth.

What are your thoughts on this story? Leave your comments below!