Juice Cleanses - Do They Really Work?: This writer tells you about his experience. 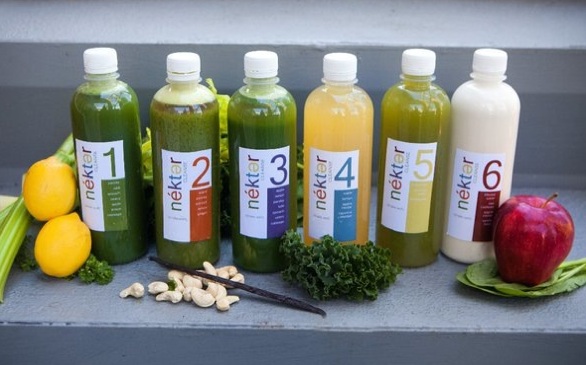 In spite of the manifold strides in medicine, technology and education, people around the world are still going to bed hungry. We can put a man on the moon, but we cannot provide enough food for everyone in the world to eat. It’s something so simple yet so essential.

Nonetheless, in America, where obesity is more of a problem than hunger, a fad has emerged that involves voluntarily starving oneself. I decided to give it a try and experience a bit-sized sample of the hunger that many people around the world endure daily.

Juice cleanses are a burgeoning trend that help people purify their bodies of toxins while shedding a few pounds for bathing suit season. It’s the healthy way to lose weight. However, going an extended period without eating solid food can be taxing, as I soon would find out.

As a guy, my reason for cleansing wasn’t necessarily to lose weight for beach season. Instead, I wanted to purify my body from the late night junk food, immense stress and countless nights of heavy partying that all come with college life.

I was ready for a clean slate. A new me.

Luckily, I have a friend who works at one of the juice bars that are popping up around SoCal like pimples on a teenager named Grady (except the juice bars are dedicated to health; fictitious Grady is dedicated to animal-style fries and Call of Duty). James, my buddy who works at Nekter Juice Bar, confirmed that the juicing industry is exploding. “People are coming here now instead of Starbucks,” he said. James also gave me the rundown on the cleanse:

“Three-day cleanses are perfect for losing some weight, feeling good, getting a healthy diet back and all of the toxins out of your body,” he said.

James informed me that I would be drinking six drinks a day, consisting of all natural fruits and vegetables, and the experience would be entirely famishing. It’s a construction zone on your appetite, and it’s time to remodel.

There are ingredients in these drinks that the average person wouldn’t normally seek out to eat such as kale, ginger and the invigorating cayenne pepper. It’s the kind of nutrition you know your body wants and needs but your taste buds beg to differ.

Anyway, I had mentally prepared myself for three days of strange tastes and wailing stomach growls. Also, my appetite was fleetingly stocked from a “last supper” at In-n-Out the night before.

That morning, as I walked willingly to my impending doom of hunger, I was struck with a realization. I passed a gathering of homeless people who were meeting with some sort of service group, which was going to feed them. Here I was with the choice and luxury of starving myself while others are shackled involuntarily to a life of hunger. With that notion implanted in my mind, my will was revived. I could do this.
The cleanse works in a way that is similar to a normal daily intake of food. The first drink is supposed to be like breakfast, while the second is just to hold you over until lunch. The third is lunch, the fourth a snack, the fifth is dinner, and the sixth is full of protein to help you make it through the night; they like to call it “dessert” (I call it “chalky milk substitute that makes you smack like a dog with a mouthful of peanut butter”—a working title). That first day seemed like three days all in one. The hungry feeling never left, making it difficult to do anything besides lie around and complain.

On the second day, I struggled far less. Instead of being grumpy—like most people are when they’re hungry—I was happy. The yearning for food lingered at all times, but I remained in good spirits. I truly began to believe the proverbial notion that good food brings a good mood.

By the end of the third day, I was completely content with the fasting business. I was hungry but not starving. And I even began to like the bizarre drinks.

While I felt like I could keep going with the fast, my memories of saturated, salty and delicious delights prevailed—I had In-n-Out as a celebratory meal (you may be noticing a pattern with my diet).

Cleansing is a privilege enjoyed by the fortunate. Voluntarily starving would seem ludicrous to someone who scavenges for food daily. Nonetheless, our tainted modern society sees skinny as pretty, thin as “in” and a visible ribcage as sexy.

That is why cleansing is popular with women who are constantly pressured to look thin. However, there are many more benefits to solely putting juiced nutrients in your body. I experienced increased energy and an uplifted mood, just to mention a few.

The buzz on juice cleanses is only increasing. I recommend them to anyone who is curious. Junk food is ok at times (sorry James), but if you want to use your body to the fullest, it must be encouraged with nutrients.

If anything, after trudging through the hunger pains on a cleanse, you will certainly appreciate that double-double cheeseburger a little bit more on your next visit to In-n-Out.

Health & Fitness
Delta has us masking again, but which masks work best?
653 views

Health & Fitness
She lost half her body weight and landed on the cover of People. What’s her secret?
1,051 views

Health & Fitness
Eating only during a 10-hour window improved health for those with metabolic syndrome
1,008 views

Health & Fitness
‘All calories are not alike’: Cutting carbs instead of calories keeps weight off, study says
1,505 views

Health & Fitness
Intermittent fasting is this season’s ‘it’ diet. But is it healthy?
1,209 views