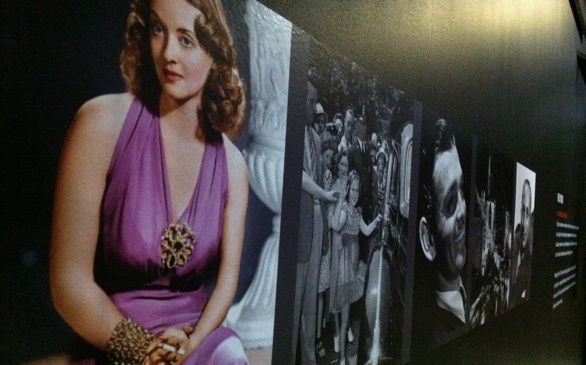 In a completely stylistic and content focused departure from the other permanent exhibits at the Natural History Museum, the newly opened, 14,000-square-foot “Becoming LA” exhibit aims to show the unique and diverse history behind one of the most famous (and greatest) cities in the world. With a refreshingly modern and sleek vibe, this exhibit is not the typical dinosaur bones and stuffed bird showings you might be accustomed to.

“Becoming LA” is truly a display of mixed media, housing both antique physical artifacts and a large photography collection. The exhibit boasts six themed sections for guests to roam, but all of them feel very blurred and morphed into each other. At first, I found it confusing and faulted it a bit, but then it struck me that this accurately reflects much of Los Angeles history: a very diverse, mixed group of people and events that all lend an equal part in making L.A. what it is today. It's really not a black-and-white journey.

Guided by a curved ceiling fixture, guests are directed to objects and images of the earliest Los Angelinos, the Gabreleno-Tongva Indians, all the way through modern Los Angeles inventions, mostly in the film industry. In between, you can marvel at just how huge the Mexican influence in L.A. was and still is, the fact that L.A. used to be one of Southern California’s epicenters of agriculture, and you'll even ogle some giant taxidermy Californian animals.

Some highlights of “Becoming LA” include:

- A bottle of water gathered from the day the L.A. aqueduct opened in 1913

The motivation and need for this exhibit is absolutely crucial to educate people on the origins of our city, but while the less-crowded feeling of the rooms was appreciated, the emptiness and minimalism left the feeling that there is even MORE to Los Angeles that was not touched upon. The exhibit appears to still be a work in progress, with more items hopefully arriving and being displayed soon.

This cultural exhibit's main value is in the contrast it draws between Los Angeles life 200 years ago and today. The transformation from Spanish missions and orange groves to a bustling metropolis and entertainment mecca is awe-inspiring and difficult to imagine without the aids of “Becoming LA." This display of heart and perseverance is something every local and new L.A. resident alike should see at least once.