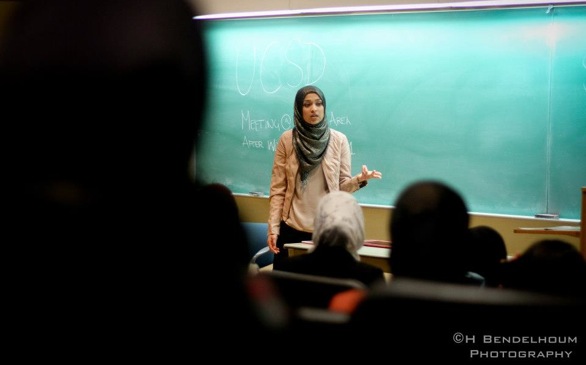 The UC Berkley student, Sadia Saifuddin, received enough votes from the board to ratify her nomination, despite an outcry from Jewish groups’ that claim the student supported an anti-Israel agenda and ostracized Jewish students.

Protestors of Saifuddin pleaded with the Regents to deny the nomination, focusing on a student government proposal Saifuddin co-sponsored asking the school to remove any funds that were economically affiliated with the Israeli Military or Israeli settlements on the West Bank. Saifuddin believes her intentions with the bill were misunderstood. She tributes the bill's conception not to her personal motives but to the people she represented at UC Berkley, stating, “My capacity was to represent that specific community and the views of that community, my capacity as student regent is very different."

The Simon Wiesenthal Center and Stand With Us, organizations that promote education of Israel, fought vigorously with the board to reject her, citing other incidents of her involvement with anti-Israeli beliefs. They noted a resolution written by Saifuddin accusing a UC Santa Cruz lecturer “for inciting racist and Islmaophobic rhetoric,” for having linked the Muslim Students Association with terrorism.

Roberta Seid, a research education director at Stand With Us, was not short of words when she spoke with the Regents before their vote. Seid insisted that Saifuddin “is prominent in the anti-Israel boycott campaign, an extremist movement that demonized the Jewish state, rejects dialogue, and fosters bigotry."

The one abstaining vote came from Richard Blum, who addressed worries regarding the dissension her divestment bill may have caused and will continue to cause. "When you're going to be the student representative, you have to represent all the students, and you don't want to alienate a lot of people," he said.

Several of Saifuddin’s classmates spoke with the board, claiming the leadership and tolerance she conveyed while a member of the UC Berkley student government was exemplary and that she was indeed worthy of their vote. In addition, she received a little help from former UC Student Regent Jonathon Stein, who argued “Sadia is what kept UC Berkeley from cracking apart through that experience."