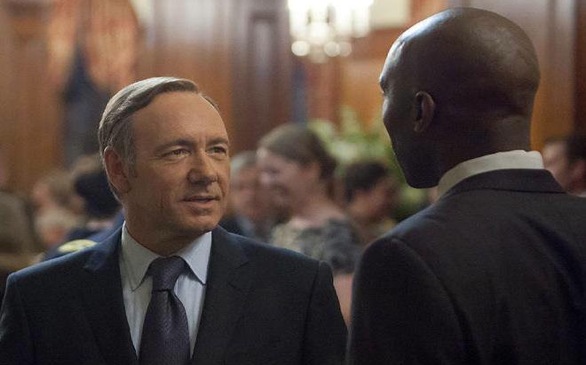 Early this morning, Bruce Rosenblum, Chairmen/CEO of the Academy of Television Arts & Sciences, joined Aaron Paul of “Breaking Bad” and Neil Patrick Harris of “How I Met Your Mother” to announce the 65th Primetime Emmy Awards nominees.

But still, an unconventional show is making a splash. I mention this show’s nonconformity not because of its ruthless portrayal of politics but because of the medium in which it is distributed. Netflix’s “House of Cards” (nine nods) is the first online series to be nominated in prestigious categories like Outstanding Drama Series and Outstanding Lead Actor in a Drama Series for Kevin Spacey’s compelling role. Netflix also garnered nominations for the solely streaming revival of “Arrested Development.”

So, now we ask the question: will Netflix’s budding online platform be able to thrive and survive amongst the traditional medium of television programs? The answer is yes - yes, indeed.

Web-based streaming isn’t the first innovation to revolutionize the world of TV shows. The same type of development occurred when premium movie channels like HBO began developing series, pinching viewers from cable networks like AMC. And before that, cable networks created series, robbing fans from commercial broadcast stations such as NBC, CBS, ABC and FOX.

The days of families gathering weekly around a bulky television to watch shows like “Bonanza” or “The Andy Griffith Show” are dwindling away. That sense of anticipation for the next episode and familial bonding is being replaced by online binge watching on a portable device while alone in bed.

In an age where Wi-Fi's ghostly waves infiltrate nearly all corners of unseen space, where tablets and other mobile screens have become extensions of human flesh, and where humanity’s attention span has fallen just above that of a goldfish, Internet TV show viewing is the new frontier.

Come September, the current cachet of the online frontier will be determined. Whether online shows are awarded a slew of Emmys or a dearth, it’s undeniable that they are here to stay.

Neil Patrick Harris will host The Emmy Awards live on CBS on Sept. 22.