Jay Sean Returns with NEON: The singer-songwriter tells us about his new album. 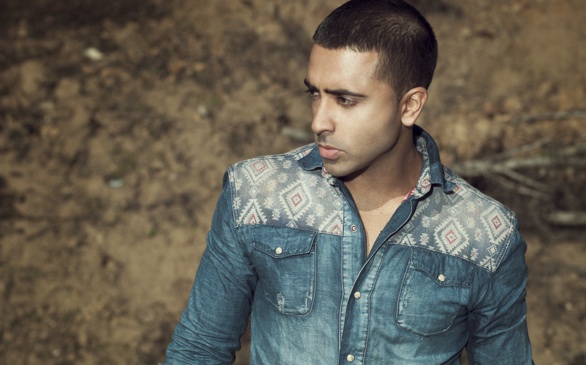 "Do You Remember" when Jay Sean first stole your heart with his debut single “Down” in 2009? Since then, he might have slipped off your radar (just a little bit). However, prepare for him to re-enter your heart when he releases his fourth studio album, NEON, on July 30.

“I’m actually going back to my past; I’m going back to my roots, back to the more soulful sound I first came out with,” said Jay Sean about his new album in an interview with Campus Circle.

With NEON, the British singer said we should expect some of that same soulful, R&B sound but also up-tempo, pop beats we can dance and smile to.

Take the album’s newest single, “Mars” featuring Rick Ross, for example. The track has a slow, sensual beat, and as Jay Sean seductively croons, “I’m so high/I’m wasted, I don’t wanna come down/Let me take you to Mars, girl/We’ll make love on a star, girl,” you desperately wish he could serenade you in person.

Meanwhile, his single “Where You Are” is a light, feel-good track that makes you fondly think about your current summer love (or fling).

Find out what else Jay Sean has in store on his album and what he had to say about the songwriting process.

Campus Circle: When you were coming up with songs and the concept for NEON, what challenges did you face?
Jay Sean: When we [my writing camp and I] were sitting there writing this album, we tried not to listen. I told them, “I don’t want any of you guys to listen to the radio right now. I don’t want you guys to be listening to any other artist right now."

What ends up happening is you get people influenced by this stuff. We had to block everyone and everything out. Without sounding conceited, [the album] has got to be my sound…it can’t be an album that sounds like a Frank Ocean album or whatever…that’s why when we had to write this album, we had to make sure that we didn’t cater it towards anyone or any sound in particular. It has to feel very much like me, and that was what the most beautiful thing about it was. That’s why the album is so adhesive. It just sounds like one piece of work - a body of work.

CC: Why name the album NEON? Where did that title come from?
JS: “NEON” was just staring in my face. It was the name of one of the songs, and I still think it might be one of the best songs I’ve ever written (in my opinion).

But this particular song was missing [from the album]. I was like, “You know what guys, we’re missing that one song that the minute the hook comes in, you cannot help but smile – you just have to smile and sing along…”

At the same time, I didn’t want it to feel corny; it’s really easy to write corny songs like that, that can make you smile and lift your spirits. Those kinds of songs, I wanted to stay away from...That’s what the challenge was. I knew that partly it comes from being a romantic, and I am a romantic – that’s who I am. I knew that part would be the challenging part of the song, but how do we make [fans] smile without being corny? It’s very difficult to write a happy love song without it being a cheesy, corny love song.

CC: How did you get inspiration for NEON?
JS: To be honest, in the end it became very easy. I said, “You know what? I’m going to do this album for my fans.” It’s my fourth album, my tenth year as an artist…I didn’t want to make anything based off radio, using any sort of trend in music because I felt like three years from now, it’s going to sound outdated. I didn’t want to do that. I concentrated on literally just making great and beautiful songs that weren’t based on any gimmicks or anything like that. And that’s what this album is.

Jay Sean's NEON comes out on July 30. For more information on Jay Sean, follow him on Twitter, @jaysean.